You may never have to visit a petrol station again 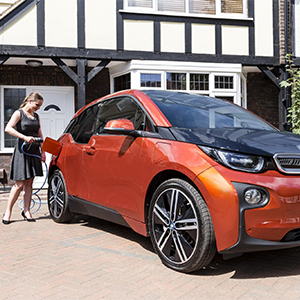 New analysis by plug-in vehicle campaign Go Ultra Low suggests that British motorists could no longer have to rely on the conventional petrol station. More than 90%1 of electric vehicle charging takes place at home while total charging volumes have almost tripled since 2014 (163% increase), according to new usage data from leading infrastructure provider Chargemaster.

Coupled with bumper uptake of plug-in vehicles – more than 14,500 were registered in the first half of 2015 – the new findings point to the potential for motorists to lessen their reliance on petrol stations by opting for hassle-free electric-car ownership.

Hetal Shah, Head of Go Ultra Low suggests that motorists should consider updating their approach to car ownership: “The reasoning is simple – why should motorists have to go out of their way, regularly spending time at petrol stations, when it is easy to ‘refuel’ from the comfort of their own home, simply by plugging in an electric car? EV-sceptics sometimes question the usability of the UK’s roadside charging infrastructure, but this new data indicates that it is an important, but not critical, facility for most electric vehicle owners.”

Government subsidies of up to £700 are available for the installation of fast, efficient home-chargepoints; however that’s just the start of the savings. EV drivers could cut tax and fuel costs by around £800 per year versus the average car on the road, with driving costing from around 2p a mile compared to around 10-12p per mile for a typical petrol or diesel car. The savings continue to stack up as plug-in vehicles also need less maintenance and can be parked for free in many places.

With the average commute in the UK less than 10 miles, the majority of plug-in car and van drivers are able to charge entirely at home or work, only occasionally using public chargepoints as a back-up or additional top-up for longer journeys.

As well as only commuting short distances, more than a third of UK motorists never travel more than 80 miles in a single trip, comfortably within the 100-mile range of most pure electric vehicles. For those who regularly need to travel further or don’t have a driveway for home-charging, some plug-in hybrids can travel around 700 miles without needing to refuel.

Motorists driving beyond their car’s range can make use of more than 7,500 public chargepoints in 3,000 locations nationwide. This back-up infrastructure is set to grow further with government planning to complete the installation of 500 rapid chargers in key locations, such as motorway service stations, by the end of 2015. In total, £32 million of infrastructure support is due to be implemented between now and 2020, while £8 million has been set aside for public chargepoints. Crucially, this funding also makes allowance for motorists’ primary charging locations, with £15 million available for the Electric Vehicle Homecharge Scheme.

Go Ultra Low is a campaign to help motorists understand the benefits, cost savings and capabilities of the variety of new ultra low emission vehicles on the market. The collaborative campaign is the first of its kind, bringing together a consortium of leading car manufacturers: Audi, BMW, Mitsubishi, Nissan, Renault, Toyota, and Volkswagen alongside the Government and Society of Motor Manufacturers and Traders.

With a refreshed exterior, enhanced interior, the latest Pivi Pro infotainment, new vehicle architecture and a choice of powerful and efficient engines – including an advanced Plug-in

Dashcam: A picture paints a...

We have all seen the publicity on TV and