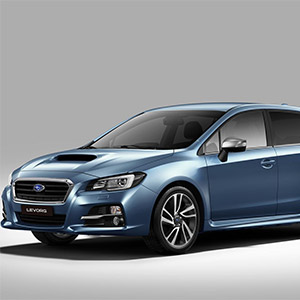 Subaru has confirmed the new Levorg sport tourer will go on sale in the UK in September. The new model, which made its European debut at the Geneva Motor Show in March, will be called Levorg GT in the UK, having been launched to widespread acclaim in its Japanese home market last year.

The new Levorg GT is being seen as the spiritual successor to the fourth generation Legacy Tourer (2003 – 2008) which became a firm favourite among Subaru owners the world over. The packaging of the new Levorg means that while it has similar exterior dimensions to the Legacy, it will have much more interior space.

Subaru’s trade-mark Symmetrical All-Wheel Drive will of course feature, along with an all new 170 PS 1.6 litre DIT Boxer petrol engine. The new engine will be combined with the latest version of Subaru’s highly advanced 6-speed Lineartronic transmission.

The Subaru Levorg GT will also feature some of the latest passive and active safety technology, including blind spot detection and rear vehicle alert. Engineers are promising that the Levorg GT will be one of the most refined Subaru’s yet, while the cabin will benefit from the brand’s latest factory-fit infotainment system, bespoke sports seats and premium materials.

The first customer cars are expected to arrive in the UK in September. Further details on the Levorg GT, including pricing and full specifications will be announced closer to launch.