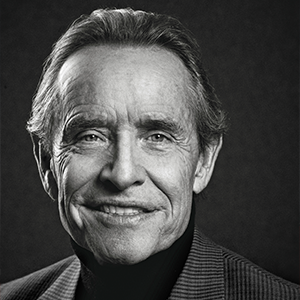 Porsche Club GB is hosting a members only evening with legendary racing driver Jacky Ickx on 22 February. The six-times Le Mans winner will be on stage at the Porsche Centre East London, discussing his career with motoring broadcaster Henry Hope-Frost in front of more than 200 Porsche Club members. The event will also be streamed live on Facebook.

Ickx will then join his former team-mate and fellow Le Mans hero Derek Bell on the Club’s stand in the main hall at the London Classic Car Show. Six cars celebrating Ickx’s long and successful career will be on display, too, while club members will be able to take away free period posters of both him and Bell.

The Belgian ace burst onto the international scene when, at the wheel of a Formula Two Matra, he set the third-fastest time during practice for the 1967 German Grand Prix at the Nurburgring. He would go on to win that year’s European Formula Two Championship before graduating to the top flight. In all, he won eight championship Grands Prix for Ferrari and Brabham, and finished runner-up in the 1970 title race.

Ickx became even more of a legend in sportscars than in Formula One, twice winning the drivers’ championship, and claimed his first Le Mans success in 1969. Four of his six victories at the 24-hour classic were gained with Porsche, and the versatile Ickx even finished second on the 1986 Paris-Dakar. An example of the outrageous rally-spec 959 will be at the evening event before being put on display at the London Classic Car Show. The four-wheel-drive, twin-turbocharged technological testbed was used by Ickx and winner Rene Metge on the gruelling enduro, with the pair recording a famous Porsche one-two.

Enthusiasts will be able to drop by the Porsche Club GB stand to find out more about how they can join and enjoy benefits that include exclusive invitations to events such as the evening with Ickx. Assuming centre on the Club’s stand will be a member-owned 993 Turbo S, as well as selected items from the Club’s Members’ Collection. Prestigious watch manufacturer Chopard will be part of the Club’s stand and a range of timepieces on-hand for guests to view.

“Sharing a car with Jacky at Le Mans was one of the high points of my career,” says Bell, who partnered Ickx to victory in 1975, ’81 and ‘82. “I am looking forward to celebrating his achievements at the London Classic Car Show and remembering some of the great times we had together.”