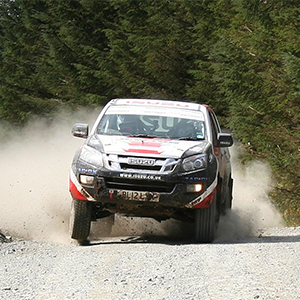 Team Jewsons Isuzu, the official rally team of Isuzu UK, looks set to light up the Activities Field at this year’s Goodwood Festival of Speed with a display of hard-charging wheelmanship that should leave even the most ardent petrol-heads impressed.

Isuzu UK will make its first-ever appearance at the Festival this year with its rally vehicle which is currently competing in the British Cross Country Championship. Driver Jason Sharp will be at wheel of the D-Max which will be in action on the Off-Road Experience course in the Activities Field, close to famous 1.6 mile Goodwood hill climb.

The rally team were able to lift both production class and pick-up honours in the Britpart MSA British Cross Country Championship in 2014, and thanks to a faultless start this season, the team is already leading the points table once again.

Isuzu’s appearance at Goodwood comes halfway through the British Cross Country Championship season, a month ahead of Round 4 on 25-26 July.

The country’s premier domestic off-road racing championship consists of six two-day competitive rallies across Scotland and Wales. Round 4 sees the D-Max take on its rivals in the tough and unforgiving terrain at Hafren Forest in Mid-Wales.

Taking a break from competitive driving for the Festival of Speed, driver Jason Sharpe will be able to showcase just what the D-Max is capable of.

The Isuzu D-Max rally truck is based very closely to the road-going vehicle. The engine and gearbox internals are all to factory specification, as are the suspension arms and bodywork. Dampers, wheels and tyres are all strengthened for competition, as are safety items such as seats and harnesses. 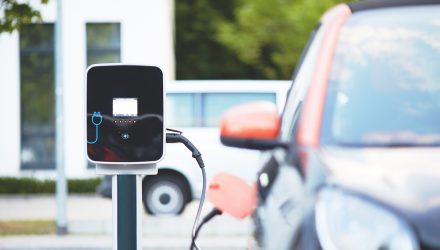 UK will fail to deliver the EV infrastructure...

In the face of rapidly growing competition for electric vehicle (EV) chargepoints, inadequate support from both central and local government is threatening to put the brakes on

Over half a million uninsur...