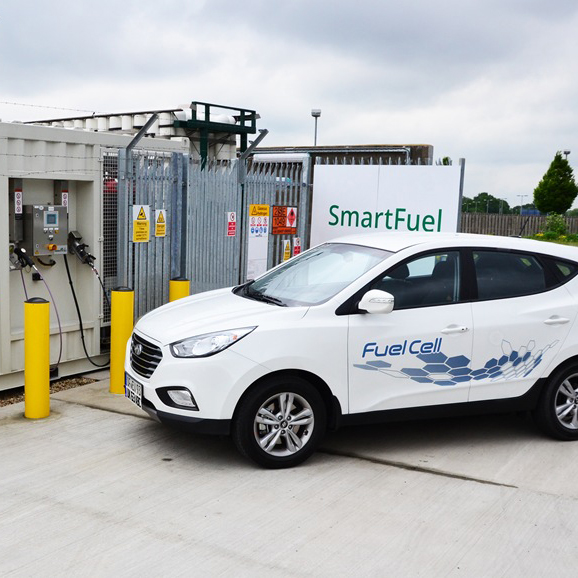 Sainsbury’s will become the first supermarket to offer a hydrogen fuel dispenser next to its petrol and diesel fuel pumps.

The new SmartFuel station will be owned and operated by Air Products, on behalf of Sainsbury’s and is being installed as part of a The London Hydrogen Network Expansion (LHNE) project, which is designed to help establish a hydrogen refuelling infrastructure in the city.

Located at its Hendon store in north west London, the new hydrogen fuel pump is expected to be in place by the end of the year and will be available to the general public and fleets running fuel cell vehicles.

It is expected that those who will use the new refuelling facility will include hydrogen-powered buses running between Covent Garden and Tower Gateway, fuel cell delivery vans being operated by Commercial Group and hydrogen taxis which are already running on London’s roads.

Avishai Moor, Fuel & Kiosk Category Manager from Sainsbury’s said: “Hydrogen vehicles are both environmentally friendly as well as efficient so we are really excited about being the first UK supermarket to trial this new technology and make it accessible to our customers.”

“Making hydrogen technology available at a supermarket for the first time is another big step in encouraging the use of cleaner, greener fuels to reduce air pollution and protect the nation’s health,” commented Diana Raine, Air Products’ Hydrogen Energy Business Manager. “We’re already leading the charge with a network of hydrogen stations across London and this additional station will set us in good stead for the UK arrival of commercially available hydrogen vehicles over the next few years.”

Hydrogen powered vehicles only by product is water, with little sacrifice to transport performance. They can refuel in less than three minutes and offer drivers the same range and speed as conventional vehicles.

Renault Trucks has unveiled the models of its heavy-duty