Be the first to see the new BMW 3 Series 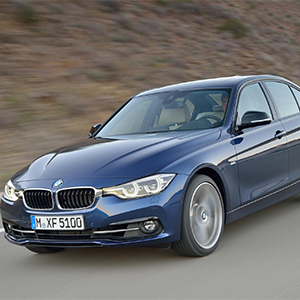 BMW will bring the new version of its 3 Series Saloon and Touring to Goodwood’s Moving Motor Show on Thursday, June 25, offering visitors the chance to be among the first to see it ahead of its official arrival in the UK next month.

Regularly among the top-selling cars in the UK and a company car staple, the BMW 3 Series has been substantially updated for 2015, with the refresh including exterior styling changes but with the focus firmly on making the driving experience more agile and involving.

The latest iteration of the 3 Series will be on show as a static display at the BMW Pavilion stand and, while it won’t be available to test drive, visitors can still get a ‘sneak preview’ of the eagerly-anticipated car.

Meanwhile, Moving Motor Show visitors will have the chance to book test drives up the famous Goodwood Hillclimb course in two of BMW’s most recent range additions – the intriguing M135i and the ground-breaking, all-electric BMW i3.

The Moving Motor Show has established itself as a serious platform for car manufacturers to unveil and show their newest and most exciting models. This year’s event is expected to draw a crowd of more than 34,000 and will feature a plethora of global, European and UK debuts from among the 20 OEMs exhibiting.

As well as the new 3 Series, BMW will have a host of other models on its Pavilion stand for visitors to look at, including:

Over the remaining three days of the Festival of Speed, BMW will have three of its most iconic racing cars running up the 1.16-mile Hillclimb – the BMW McLaren F1 GTR Longtail, the F2 March 782 and the E92 M3 GT2 American Le Mans Series car, as well as the electric i8.