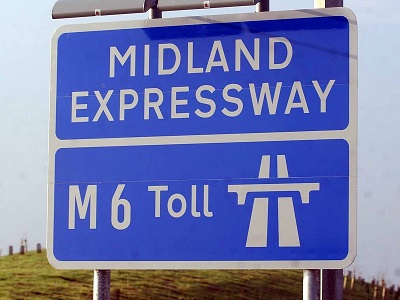 An informative video and supporting literature have been created to support HGV drivers in raising awareness of some of the main offences committed on UK motorways, and to help them avoid being involved in an incident and the consequences of large fines or imprisonment.

The five areas highlighted by the campaign are:

Sion Hathaway, Motorway Inspector at CMPG, said: “Britain’s roads and motorways are some of the most heavily used and monitored across Europe.  We have cameras and patrols as well as marked and unmarked police vehicles across the country and as a result, we see a number of very avoidable incidents and accidents on UK motorways every day.

“By partnering with the M6toll to produce the campaign video and supporting literature, we hope we can make a significant impact in educating drivers on the issues to be aware of, and improve safety across our road network.”

James Hodson, Motorway Operations Director at Midland Expressway Limited, added: “Safety and security on the M6toll is  a key priority, and we are pleased to have been able to partner with CMPG to help raise awareness of the most common offences witnessed on the M6toll and the rest of the UK’s road network in an attempt to keep all road users safe.

“We sincerely hope that the campaign will go a long way towards reducing avoidable incidents.”

For copies of the campaign video, which is also available with French and German subtitles, and supporting literature, visit www.m6toll.co.uk/trucksafe