Highways England undermined trust in smart motorways when it failed to give an accurate timeline for a 2016 pledge to make technology to detect stopped vehicles ‘part of the standard for all lane running going forward’, a minister has told MPs. 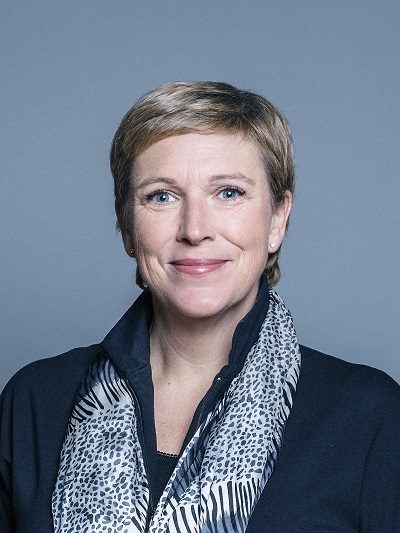 Stopped vehicle detection (SVD) technology did not become a standard element of smart motorway design until 2018.

This delay meant that the first smart motorway schemes with the technology as standard did not complete design until last year, while the opening of schemes on which work started in the meantime will be delayed for SVD to be retrofitted.

Appearing before the Transport Select Committee, which is carrying out an inquiry into the roll-out of smart motorways, transport minister Baroness Vere denied that ministers had made mistakes.

She was asked by committee chair Huw Merriman about the commitment made to the committee in 2016 by Highways England’s chief highway engineer, Mike Wilson. He told MPs in 2016: ‘It works, and it will be part of the standard for rolling out smart motorways going forward, and indeed retrofitting on existing smart motorways.’

On Wednesday, Baroness Vere told MPs: ‘I think if there is something where there was potentially a misunderstanding, where clarity was not made, was on stopped vehicle detection roll-out, where I feel that… there was a missed opportunity to explain the timeline for the roll-out. I think that’s probably one area where there was a lack of clear communication which potentially resulted in a lack of trust – and of course we regret that.’

The minister claimed that the delay resulted from the need to carry out trials of the system over two years. In fact, in 2016 Mr Wilson told MPs: ‘We are now confident that it works, and it will be part of the standard roll-out of smart motorways going forward.’

On Wednesday (30 June), Mr Wilson appeared before the committee again. He said that the adoption of SVD from 2018 meant that it was part of the standard roll-out of smart motorways going forward: ‘Going forward as of May 2018.’ Mr Merriman responded: ‘That’s just not good enough. When you say going forward, it doesn’t mean [that]. It doesn’t mean me as a lawyer to say that; we all know that’s the case.’

Mr Wilson told MPs that there had been an operational pilot scheme on the M25 in 2017. Acting Highways England chief executive Nick Harris admitted that Highways England had given ‘the wrong impression’ about the roll-out of SVD.

He said that after the success of this pilot, the company had come up with an implementation programme which was ‘about five years’.

This appears to contradict claims by transport secretary Grant Shapps that the target of March 2023 set in last year’s Department for Transport stocktake represented an acceleration of the timetable.

Baroness Vere said she was unable to state what the timetable was before Mr Shapps’ supposed intervention.

There was some dispute over the effectiveness of the SVD system. Mr Harris was questioned on the detection rate of SVD, following a report by Highways that in a 2016 trial the SVD system had only sent alerts for 65% of incidents.

Mr Harris was asked about detections rather than alerts but appeared to rely on Highways England’s claim that failures to send alerts from areas of the motorway that were within the trial area but considered ‘out of range’ of radar should be discounted.

He told MPs that Highways England would supply a copy of the report of the 2017 pilot, which it has so far only released in redacted form. 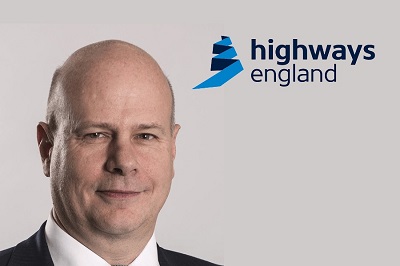 Mr Harris incorrectly told MPs that the well-publicised figure of 17 minutes to detect a broken down vehicle in a live lane on a smart motorway without SVD was ‘how long it could take’, and was ‘the longest time’ that came out of the 2016 SVD study. It was in fact the average time in the study.

Mr Wilson told MPs that the latest figures on compliance with red X lane closure gantry signs have fallen to 92% but that only 48 out of 95 cameras had been updated to provide evidence for prosecution.

The minister told Mr Merriman that Highways England would release long-term evaluations of existing smart motorway schemes ‘very soon’ but appeared to suggest there will be mixed results, including missed objectives in the business case.

Highways England has refused to publish five-year post opening project evaluations (POPEs) for smart motorway schemes on the M1 under the Freedom of Information Act and has so far not disclosed the reports to the committees.

The only five-year POPE released so far showed that the stretch of motorway studied became less safe as traffic levels rose.

Asked how many smart motorway schemes had delivered the expected £3 for every £1 spent, the minister replied: ‘I wouldn’t know that, because we need to do the POPEs. We have got some POPE reports coming out fairly soon.’

She later added that she hoped to do this ‘the week after next’. She invited the committee to consider two things: ‘One, that there will be variation scheme by scheme. It is better to look at a programme basis. But it is the case that from where we can see at the moment, we are making good progress against the business case.’

Referring to the need to look at five-year evaluations, she said: ‘There is one thing that this whole process has made me take away, and I’m going to take this back to my department: I think I need to be, as roads minister, a bit more on top of evaluation than we probably are now.’

She added that, while there is a big focus on business cases, ‘from a ministerial level, I need to be more focused as well on – are they actually working. And if they are not working, it doesn’t mean it was a bad scheme, and sometimes you will be able to improve it, but it’s those lessons learned, put it back into the system and all that sort of thing that we need to focus on.’

Mr Harris told MPs: ‘I think it’s important to look at this at a programme level, so some schemes as yet we have not realised the benefits that were put forward, but at a programme level we are generally achieving, or starting, our expectation is that we will achieve that level of benefit.’

Mr Wilson said that smart motorways have already saved 28 million hours in lost time ‘with an economic value of 350 million’.

Mr Harris was asked whether the economic case for smart motorways was still robust, given an expected increase in working from home after the pandemic.

Referring to projected traffic levels, he told MPs: ‘I’m not seeing anything at the moment that would cause us to question those projections.’