£70 fine for parking on pavements

Drivers should be banned from parking on pavements to help the most vulnerable pedestrians, an influential group of MPs is set to announce.

According to the House of Commons’ transport committee, the ban would make life easier for disabled people, schoolchildren and parents with pushchairs.

The committee also criticised the Government for failing to act on the issue despite previously promising to review the law around pavement parking.

The RAC has welcomed proposals to review the law to help those most vulnerable, although warns that a blanket ban may cause issues.

The issue of pavement parking is divisive, with motorists often left with little option but to park on the kerb on some narrower residential roads, to allow access for other cars and emergency services. 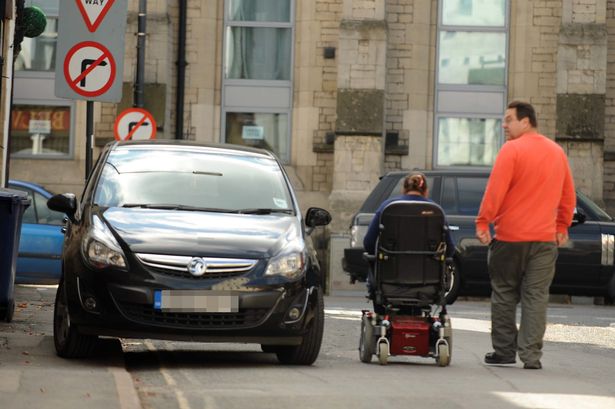 But for many pedestrians including wheelchair users and those with visual impairments, these cars block vital paths, leaving them feeling isolated and unable to access services.

Speaking earlier this year, Nicholas Lyes, head of roads policy at RAC, said that any review of the law should “look carefully at how we can strike the right balance.”

He said: “On Britain’s many narrow residential streets, drivers believe they are doing the right thing by putting a wheel or two on the kerb so as not to impede road access.”

Pavement parking can also cause damage to pavements and kerbs, leaving local authorities to foot hefty repair bills when they already face funding pressures due to cuts.

Speaking in 2017, Martin Tett of the Local Government Association, said this money could be used to plug the UK’s “£12 billion roads repair bill” – a figure that’s likely to have increased since then.

Lilian Greenwood MP, chair of parliament’s transport committee, said the group is concerned by the lack of progress made despite the issue having a huge impact on the most vulnerable.

She said: “Motorists may feel they have no choice but to park on the pavement and many try to do so in a considerate way, but evidence to our inquiry revealed the impact on those with visual and mobility impairments and people with children.”

Currently, this type of parking is only illegal in London, where motorists can be hit with a £70 fine for encroaching on the capital’s pavements.

In April 2019, Scottish Parliament agreed in principle to introduce a new law banning parking on footways, although an implementation date has yet to be announced.