IAM RoadSmart has come out in opposition of a blanket ban on pavement parking, suggesting it could leave thousands without a parking space. 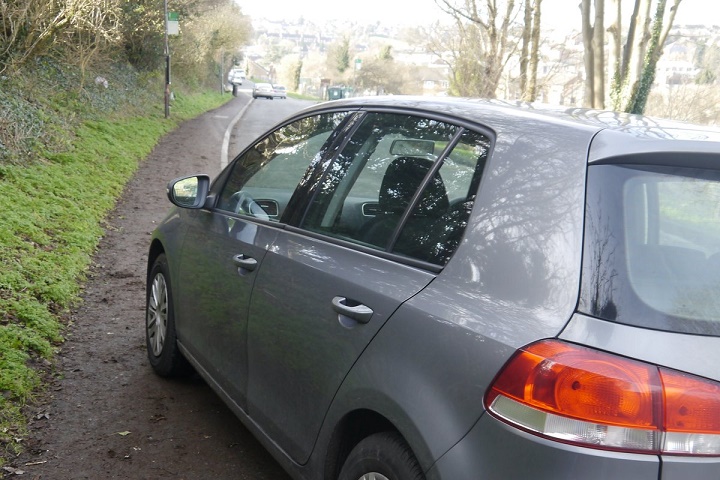 The idea has been mooted as part of an enquiry into pavement parking, launched by the Transport Committee earlier this year.

However, IAM RoadSmart says the issue is localised and that a blanket ban could cause a major parking headache for drivers across the country.

In its submission to the committee, the road safety charity does however acknowledge that where pedestrians are ‘being put in danger or denied access by inconsiderate pavement parking’, local solutions should be implemented.

Neil Greig, IAM RoadSmart director of policy and research, argues local councils do not have the funding or the road capacity to provide the extra spaces people need to park.

He said: “New traffic orders, new signposting, new road markings and new enforcement administration will all be required at extra cost if a blanket ban is introduced.

“Councils are already struggling to implement low emission zones, cycling and walking policies, active travel policies, 20mph zones and a host for other transport measures against a background of budget cuts and dwindling resources.”

Where do we stand on pavement parking?
Parking on footways or pavements was banned in London in 1974, and is prohibited for large goods vehicles across England.

At present, a mix of criminal and civil sanctions are available to police and local councils to enforce restrictions on pavement parking on private or commercial drivers.

However, these laws could be set to change, with the Transport Committee launching an inquiry into pavement parking in England earlier this year.

A blanket ban is widely supported by active travel and disabled charities – including Guide Dogs, Sustrans and Living Streets – although like IAM RoadSmart, the RAC has doubts, saying the case for an outright ban is ‘not so clear cut’.

Meanwhile in Scotland, a national ban on pavement parking appears close, after proposals were agreed in principle by Holyrood.

In April, ministers voted to pass the Transport (Scotland) Bill to Stage 2 of the process – where MSPs will consider the details of the proposals and outline any amendments.