Predictions of panic buying and stockpiling ahead of Brexit 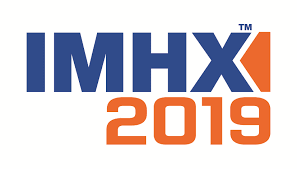 Following weeks of chaos and controversy in Parliament, new research conducted on behalf of IMHX – the UK’s largest logistics event – has revealed that nearly two thirds (63 per cent) of logistics and supply chain managers predict the general public will panic buy and stockpile goods ahead of Brexit. The show is on from tomorrow, 24th September to Friday 27th September.

Key concerns are that customs restrictions, weak GDP and increased bureaucracy following the UK’s exit from the European Union will lead to a skills shortage, rising costs and consumer panic buying.

IMHX event director Rob Fisher commented: “The lack of clarity and uncertainty that still plagues Brexit continues to cause angst amongst the logistics industry. A No Deal Brexit could still be a reality on 31st October, despite the passing of a bill to make it unlawful. If this happens, the logistics and supply chain industry predicts a chaotic outlook  with the public panic buying and stockpiling food and other goods. The logistics industry is the backbone of the British economy, feeding into the retail industry, which is the UK’s biggest private sector employer. If anyone knows what they are talking about, these guys do, and I fear their concerns are more than justified.”

Peter Ward, chief executive, UK Warehousing Association added: “With the prospect of a No Deal Brexit approaching, the delayed date for withdrawal from the EU couldn’t have come at a worse time.   We have clear evidence of stockpiling food and other goods, and at this time of year warehouses are habitually filling up for the traditional peak period, ramping up for the Christmas season that now includes Black Friday and Cyber Monday. This period has always been challenging, not just in terms of available warehousing space, but also in the recruitment and retention of the additional labour required – a situation which has been exacerbated further by Brexit and the so-called ‘Brexodus’ of Eastern Europeans from the sector since the referendum.  Given the well-documented critical shortage of fit-for-purpose warehousing close to technology enabled consumers who shop ‘little and often’ and on-line , Brexit is fuelling a perfect storm in the warehousing and logistics sector.”

Taking place from 24 to 27 September at the NEC in Birmingham, IMHX is the UK’s largest gathering of leadership in the UK logistics industry. Expert speakers at the show include Alexander Harvey, General Manager, Warehouse Automation and Embedded Systems at Ocado Technology, Philip Shaw, Chief Economist at Investec and Clare Bottle, Associate Director, Warehousing at Coca-Cola European Partners. Offering an expert perspective on the latest technology and advances in the industry, the exhibition acts as a meeting place for those involved in the handling, movement or transportation of goods throughout the supply chain to come together and do business.