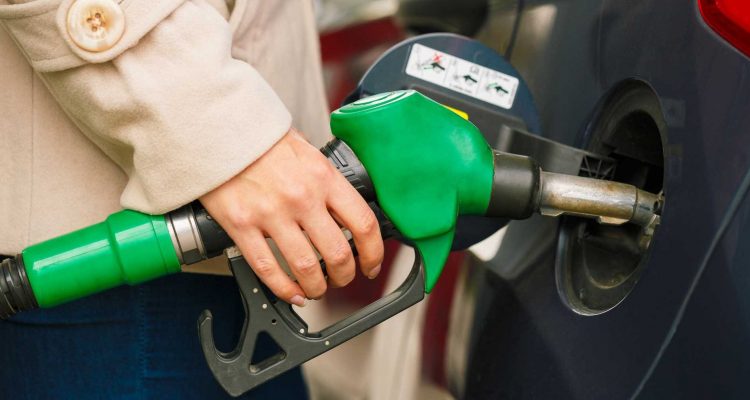 The BBC has reported today (9th June 2022) that the cost of filling up the average family car has now topped £100.*

As prices at the pumps again reach new highs, RAC fuel spokesperson Simon Williams said: “While fuel prices have been setting new records on a daily basis, households up and down the country may never have expected to see the cost of filling an average-sized family car reach three figures.

“With RAC research showing as many as eight-in-10 depend on their cars many must be wondering if any further financial support from the government will be forthcoming.

“The oil price is rising due to increased demand for fuel across the world as China eases its Covid restrictions and America and Europe go into the peak summer driving season. All this combined with a weaker pound at $1.2 means wholesale fuel costs more for retailers to buy. The wholesale price of diesel is fast approaching 160p a litre which, when you add 7p retailer margin and 20% VAT, would take the pump price over the £2 mark.

“We strongly urge the Government to take drastic action to help soften the impact for drivers from these never-before-seen pump prices.”

Edmund King, AA president, said: “Enough is enough. The government must act urgently to reduce the record fuel prices which are crippling the lives of those on lower incomes, rural areas and businesses.

“A fuel price stabiliser is a fair means for the Treasury to help regulate the pump price but alongside this they need to bring in more fuel price transparency to stop the daily rip-offs at the pumps. The £100 tank is not sustainable with the general cost of living crisis so the underlying issues need to be addressed urgently.”

A recent AA poll of 14,467 drivers of which 1,681 are low income households showed that due to high costs:

Meanwhile filling a petrol tank reaches £100 but wholesale costs continue to level off.

Petrol and diesel pump prices continued to rise to new records yesterday, pushing the cost of filling a typical petrol car’s tank above £100 for the first time ever.

However, in the first sign of hope since the spring, fuel costs feeding the pump prices continued to level off, reports the AA.

Meanwhile, the Government indicated that it was looking at the AA’s call for the type of pump price transparency that has helped drivers in Northern Ireland, and has been long established in many European countries **.

However, petrol wholesale costs that had reached a £1 a litre for the first time ever last week continued to be lower than in the run-up to the Jubilee bank holiday. They had gone above 153p a litre (including fuel duty, which is paid by retailers when they receive deliveries) on 1 June but were 148.51p yesterday and so far today remain below 150p.

“The £100 petrol tank has been dreaded and been particularly nasty for workers refilling their cars with the post-Jubilee return to work,” says Luke Bosdet, the AA’s fuel price spokesman.

“The more than 8p-a-litre leap in average petrol costs over a week has been a huge shock but at least, for now, the threat of the £2-a-litre average on forecourts has receded.”

“Meanwhile, the Government indicated that it was listening to the AA’s call for the type of price transparency that has spurred competition in Northern Ireland, and has driven fairer pump prices on the Continent for years.”

Alistair Lindsay, Chief Operating Officer at Zeus Labs, said: “The latest figures by the RAC showing that fuel prices have risen to the point where it now costs £20,000 a year to fuel a single lorry should ring alarm bells. The majority of the UK road haulage sector is made up of small owner-operators, with ten or fewer trucks, who are finding themselves in an increasingly dire situation as a result of these unprecedented costs. Radical intervention is needed now. Haulage firms are already selling trucks or going out of business altogether. At a time when our economic growth is dependent on the ability for consumers to have goods in shops, we need to stop this accelerating further.

“One temporary solution is to modernise the way hauliers are paid. The industry standard for payments is typically 60 to 90 days, but a fully digitised solution like with Zeus brings that down to three days. This gives hauliers a much-needed helping hand by offering a faster access to capital which is needed to stay afloat in these times. Secondly, the government needs to do more than just ‘name and shame’ fuel providers that are not passing on the fuel subsidies to carriers. This is not the time for fuel companies to be profiteering from the drastic need of the haulage industry.

“However, this crunch brings into sharp definition the need to intensify efforts in moving the industry away from diesel and towards renewable, clean and more UK-produced fuels like electric energy. The Government’s recent pledge to expand the £950 million Rapid Charging Fund to cover all road transport is a positive move, but what is still lacking is the coordination strong leadership would bring, allowing us to set achievable targets within a reasonable timeframe. Given the current state of play, the Government should take immediate steps to increase the fuel rebate to alleviate pressure in the short term, to force fuel providers to pass the rebate to end consumers and expedite the investment in alternative energy infrastructure for HGVs across the country.

“Finally, the Office for Zero Emission Vehicles should accelerate the roll out of the Local Electric Vehicle Infrastructure Fund. This would help to ensure a viable green transport network is able to be up and running as soon as possible. It is unfortunate that change has so far been slow in our industry, but it is more clear than ever that we are running out of time to act.”

** The Prime Minister’s official spokesman said: “We are continuing to look at all possible options. Transparency may have an important role to play.

“It is important the public understand what actions each of the fuel retailers are taking and so we are considering what further options we can take in this area.”

Reported yesterday by the Press Association