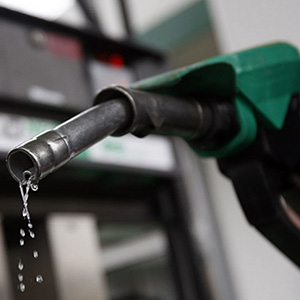 Motorists say they are being ‘held to ransom’ when filling up at motorway service stations and want prices to be capped according to research from the RAC.

Fuel at motorway services can be up to 10p per litre more than the national average price of petrol and diesel as three quarters of motorists (74%) feel the price of motorway fuel is ‘very expensive’ and one in four (26%) drivers refuse to refuel at services as a result.

The RAC is calling for urgent action to be taken to address motorway petrol and diesel pricing, either by motorway services’ fuel retailers themselves or at a government level.

Almost two thirds (63%) surveyed by the RAC said prices should be capped so fuel is no more expensive than non-motorway forecourts. More than a quarter (27%) would be happy with fuel being capped at just a few pence over the non-motorway price, and only 10% believe nothing needs to be done.

Almost half (44%) of the 1,463 motorists in the RAC Opinion Panel survey, say they only buy fuel at motorway services when they have no other choice, because they feel like they are being held to ransom over the price.

Some of the worst offenders for price differential include:

There is also real concern about drivers risking their fuel tanks running dry rather than filling up at motorway services, posing a real danger on the nation’s fastest roads. In fact, one in five (19%) admits to putting in ‘just enough fuel to get by’ at a motorway services to then find a cheaper alternative later.

The RAC, which deals with around 22,000 incidents of running out of fuel each year, says it is unacceptable that motorists should have to pay a premium on motorways.

RAC fuel spokesman Simon Williams said: “It’s no wonder that motorists feel held to ransom with prices on the motorways inflated to such an extent. In some cases motorway petrol and diesel might even be 15p dearer than the cheapest forecourts which would add as much as £8 to the price of a tank of an average family-sized vehicle.

“We can see no reason why motorway fuel should be so much more expensive. In fact, arguably it is much easier from a delivery point of view than it is getting fuel to urban filling stations. Questions need to be asked to find out what reasons motorway service operators have for charging such increased prices.

“Our research actually shows that almost a third of drivers would come off the motorway and add another 10 miles to their journey to find cheaper fuel.”

The issue of giving motorists advance warning of motorway fuel prices – something the Government had pledged to address last year but as yet has not actioned – was also a concern.