WLTP provides fleet managers opportunity to demonstrate their worth 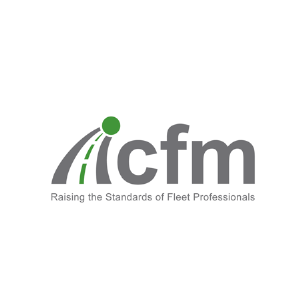 Fleet decision-makers are wading through unchartered waters with the volume of transformational challenges taking place in the industry, but they must use the opportunity to demonstrate their knowledge, experience and worth to their bosses and company car drivers.

That was the message at the latest Masterclass held by ICFM, the organisation dedicated to advancing the profession of car and light commercial fleet management through training and qualifications, and hosted by chairman Paul Hollick. Guest speakers were David Bushnell, principal consultant at business mobility specialist Alphabet (GB), and Caroline Sandall, a director of ESE UK Consulting and deputy chairman of fleet decision-makers’ organisation ACFO.

Tackling the impact on fleet operations and company car choice lists of the recently introduced Worldwide harmonised Light vehicles Test Procedure (WLTP), the all-new vehicle emission and MPG testing protocol, delegates were told that the complexity resulting in some companies ditching company cars in favour of giving staff a cash allowance could prove to be an expensive mistake.

Introduction of WLTP has resulted in some vehicle manufacturers temporarily or permanently axing non-compliant models and delays in emission and MPG data being published due to the volume of models requiring homologation. Fleet chiefs are also hoping that the government, in the October 29 Budget, will announce the impact on existing tax regulations – company car benefit-in-kind tax (including employer Class 1A National Insurance contributions), capital allowances and Vehicle Excise Duty – of WLTP.

Industry data suggests that the impact of WLTP testing is an average rise in vehicle carbon dioxide (CO2) emissions of as high 25% on a car-by-car basis. Therefore, unless Chancellor of the Exchequer Philip Hammond realigns existing CO2 thresholds relating to current tax rules, as called for by fleet industry bodies, such an increase will have a huge impact on the tax burden for company car drivers and businesses.

Mr Bushnell calculates that a failure by the government to realign benefit-in-kind tax thresholds could trigger a 10-25% – £20-45 per month – rise in company car drivers’ tax burden. There would also be a knock on rise in employers’ Class 1A National Insurance, which is linked to the benefit-in-kind tax charge and increases in other taxes.

In calling for tax “clarity” in the forthcoming Budget and a five-year vision of the company car benefit-in-kind tax landscape, Mr Bushnell said: “We are seeing a lot of fleets revisit the option of cash allowances, particularly for 40% taxpayers.”

However, he added: “While cash has an important part to play in the right scheme, the company car ensures that everyone is treated fairly regardless of age, credit worthiness, annual mileage, penalty points and insurance history. Cash allowances offer flexibility, but the amount of cash provided may cost more than the value of a company car.”

Meanwhile, highlighted Ms Sandall, a move away from company cars risked opening the door to employees’ choosing to run private cars with higher CO2 emissions than the company cars they gave up and a string of risk-related issues associated with so-called ‘grey fleet’ vehicles – privately owned cars driven on business trips.

Instead of risking employees opting out of company cars and into potentially “older, unsafe and inefficient vehicles with an increased CO2”, Mr Bushnell urged fleet decision-makers to introduce a four-point action plan:

Operationally, said Ms Sandall, introduction of WLTP with all its ramifications on fleet policies and company car choice presented “a great opportunity for fleet managers to demonstrate their worth”.

“Silence can be really dangerous and it will result in other people making decision and they may not be the best,” stressed Ms Sandall. “Fleet managers are in unprecedented times so must use the opportunity to demonstrate their value.

“They must engage with company car drivers and management and ensure they are monitoring what is happening. It is about self-preservation and demonstrating what a great job fleet managers do.”

Urging fleet decision-makers to “translate WLTP into a message that is clear for company car drivers and management to understand, while also assessing the business impact”, Ms Sandall said “best case and worse case scenarios should be considered”.

“Keep drivers and management informed, give insightful information, provide reassurance and clear information, especially if consideration to switching to cash is being considered,” she said. “Businesses may not want drivers to leak out to a cash allowance so fleet managers must consider how to keep them within the arms of company car provision.

“Many companies are looking at binning company car schemes because they consider cash to be easier. So it is vital that fleet managers ensure that businesses understand everything about the complexity of ‘grey fleet’ and be aware that employees’ choice of car may be horrific in terms of CO2.”

While fleet decision-makers may appear to be in a state of limbo awaiting tax clarity from the government and further information from manufacturers on future model line-ups and availability, Ms Sandall said there was much work that could be undertaken by way of contingency planning. That included: