White Van Man not so crazy after all 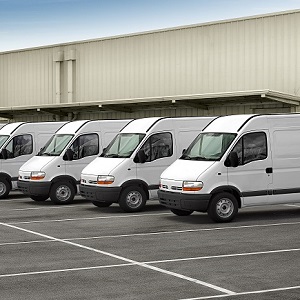 IAM RoadSmart has discovered that the myth of ‘white van man’ recklessly tearing his way up and down the country may be just an urban myth after all. In spite of vans being the fastest growing type of vehicle on UK roads in terms of miles travelled, serious and fatal crashes involving them are falling.

Vans and light goods vehicles now travel 49 billion miles a year on our roads according to the most recent figures from 2016. Compared to a decade ago, vans now travel 10 billion miles more a year than they used to, an increase of 22% largely fuelled by internet shopping and the popularity of ‘next day delivery’ options (DfT figures).

IAM RoadSmart puts this reduction partly down to companies which employ their own drivers increasingly using robust driver training and vehicle management programmes, which in turn pay dividends in lost man hours, reduced ‘bent metal’ costs and increased customer satisfaction. Trial by social media has also been a factor as companies can no longer risk the damage to their reputation caused by bad driving in vehicles bearing their company logo.

Additionally, over a third (37%) of LCVs (light commercial vehicles) on Britain’s roads are less than five years old compared to just 5% of all of Britain’s cars – meaning they are far more likely to contain the latest in crash protection and active and passive safety features (SMMT figures).

Along with these technological advances, IAM RoadSmart also encourages drivers to take rest breaks and make regular checks to ensure their vehicle is roadworthy and correctly loaded. Frequent driver training is also recommended to ensure knowledge and skill levels are maintained.

Neil Greig, IAM RoadSmart director of policy and research, said: “It is heartening to see that van operators are more than ever taking their responsibilities to their drivers and the public seriously, and this is being reflected in a reduction in serious and fatal crashes.

“The increasing use of telematics means drivers and companies will be increasingly held accountable for crashes, so operators know it is in their interest, for both human and economic reasons, that they keep up this good work.”

Here are some more van facts: