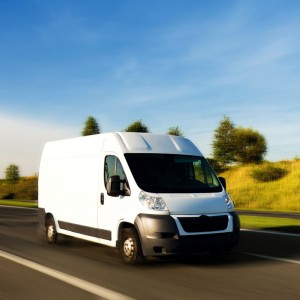 BACK: White van man on rise

The white van man is making a comeback, Motiva Group have claimed, after figures revealed rental jumped by almost 25% over the last five months.

Motiva claim the surge – which is reflected by a similar hike in short-term lease deals – is confirmation the economy is recovering.

The Stoke-based vehicle solutions firm have just added an extra 50 short-wheelbase a long-wheelbase panel vehicles to their 650-strong fleet, to cope with demand.

Peter Davenport, Managing Director of Motiva Group, said: “Things really picked up around the end of last summer and there has been a noticeable difference ever since.

“As soon as we bring vans in, they’re gone and we’ve boosted our fleet twice in five months just to keep pace.

“Businesses are taking on new trade vehicles in big numbers and I can only see the trend continuing into the second quarter and well beyond.”

The increase in van rentals seen by Motiva is being echoed by the demand for HGVs, which more than doubled in 2013.

After completing 48 contracts for HGVs in 2012, the company’s M-Way truck solutions arm took 98 over the course of last year.

“The number of truck contract hire deals we did last year was also massively up on the previous 12months,” added Mr Davenport.

“There was a predictable drop in the call for both vans and trucks during the midst of the economic downturn.

“Businesses weren’t sure when the market would recover so they were keeping their vehicles much longer.

“But the economy has picked up and it seems like companies and even independent tradespeople are now showing much greater appetite to renew.”

“Van rental serves as a useful barometer for the state of the UK economy as transport is obviously a vital tool of any growing business,” he said.

“There was a particularly strong demand in 2013 and a 20% increase in our members’ short-term van rental fleet.

“It’s an encouraging sign and we hope it’s a trend that continues.”