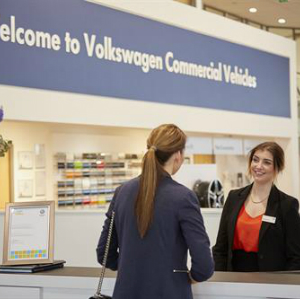 Volkswagen Commercial Vehicles has recognised the top performing Van Centres within its dedicated network during the first quarter of 2016. The big winner in the first quarter was Liverpool Van Centre which claimed three awards including the Overall Top Performer accolade.

The Volkswagen Commercial Vehicles Performance Awards are designed to celebrate the highest performing Van Centres and their staff each quarter. The highly-coveted awards reward improvements in sales performance and customer satisfaction across all areas of the Van Centres’ business.

The category winners were as follows:

For details of all Volkswagen Commercial Vehicles Van Centres or for more information on its award-winning range of products and services visit www.volkswagen-vans.co.uk.