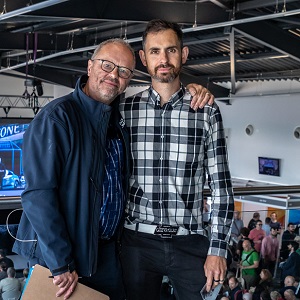 Held at Silverstone Circuit, the inaugural event surpassed all expectations of the organisers, with EV drivers and those interested in switching to plug-in power attending the event in huge numbers. Across the two days there was standing-room only for the various speaker sessions inside the iconic Silverstone ‘Wing’.

Robert Llewellyn, founder of Fully Charged, said: “We were blown away by the level of interest, enthusiasm and appetite for electric vehicles and renewable energy shown by the thousands of visitors that attended Fully Charged LIVE. The transition to plug-in motoring, which will help pave the way to a cleaner future for our children, is occurring at a rapid pace, and it’s heartening to see so many people looking to make the switch to more sustainable technologies.” 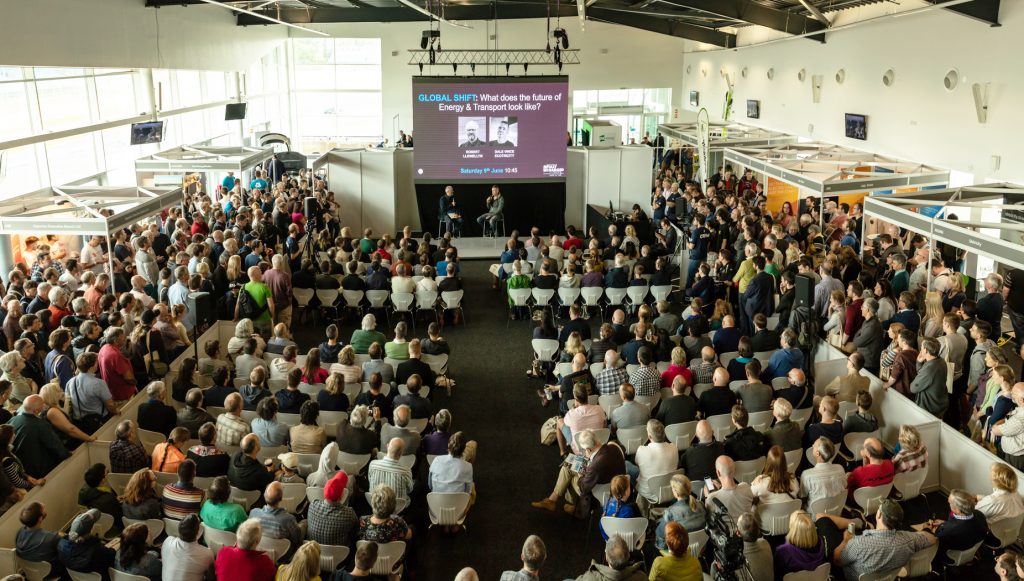 Exhibitors at the event came from a number of industries, with the latest products on show from EV pioneers Tesla, Jaguar, and Nissan, as well as electric motorcycle manufacturer Zero. Other exhibitors included renewable energy companies and charging infrastructure providers such as Ecotricity and Chargemaster, plus EV and hybrid leasing companies, such as Drive Electric.

Plans are already underway for Fully Charged LIVE 2019, with the organisers promising a ‘bigger, better, and busier’ show. Forthcoming episodes of Fully Charged on YouTube (www.youtube.com/fullychargedshow) will look ahead to next year while reviewing the plethora of topics covered by this year’s speakers.

Fully Charged LIVE 2018 was sponsored by Ecotricity and hosted by Robert Llewellyn, Jonny Smith, and Helen Czerski. They were joined on stage by a spectrum of influential speakers from electric vehicle and renewable energy businesses and organisations. The show also featured one of the first public UK appearances of the all-new Jaguar I-PACE, the best-selling Nissan LEAF, plus the entire Tesla range.

For more information about next year’s show, stay tuned to the Fully Charged channel on YouTube and the www.fullychargedshow.co.uk website.