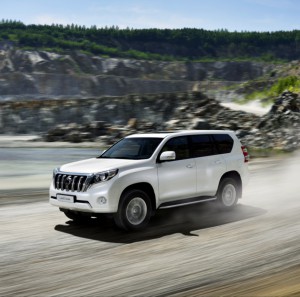 Toyota’s Land Cruiser will benefit from styling, interior and handling improvements for the 2014 model year, it has been announced.

An overhaul of the interior trim has been designed to boost quality, while a dashboard rehash has seen a new control panel, information display screen and Optitron meters added.

The second and third-row seats have been revised for easier access, while safety features have been boosted with the addition of Blind Spot Monitor and Rear Cross Traffic Alert.

Meanwhile, CO2 emissions have been reduced slightly to 209 and 214g/km for the three and five-door models respectively.

Full details of the UK model range, specifications and prices will be announced shortly ahead of its introduction early next year.