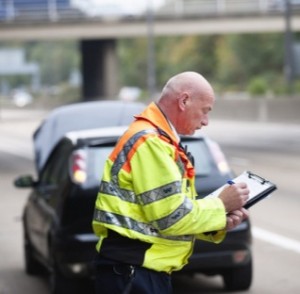 Thousands of diesel drivers are facing surprise breakdowns this winter, thanks to an issue with the quality of fuel sold on UK forecourts.

The issue, report the RAC, results in diesel fuel filters becoming blocked by the formation of a gel-like substance – starving the engine of fuel and potentially resulting in loss of power.

This means, in many cases, a new filter must be fitted.

While the primary cause is still being investigated, one of the areas receiving closest scrutiny is the up to 7% biofuel content which has to be added to all road diesel.

The issue can arise from diesel purchased from any type of retailer, with the problem not specific to particular vehicle age or make.

Data does suggest, however, the issue is more prevalent in eastern parts of England and Scotland, with the greatest concentration of breakdowns in the North East.

The issue affected only a small minority of motorists throughout last winter, with the largest number in March, but the problem disappeared over the summer.

However, in November the RAC attended almost 600 such incidents, the highest number of blocked fuel filters so far this winter.

The number of RAC breakdowns would equate to around 2,500 vehicles across the whole UK car parc.

David Bizley, Technical Director at the RAC, said: “Motorists were often led to believe that there were differences in the quality of fuel sold at supermarkets compared to other retail outlets which is just not the case as all diesel, wherever it is sold, is produced to the exact same standard specification.

“Having diesel fuel filters changed at the right service intervals is clearly important because a failure to do so can lead to starving the engine of fuel; but from the number of breakdowns we have attended this cannot be the primary cause.

“The industry is working extremely hard to find a solution which is good news for motorists.

“Neither the fuel producers, nor retailers, nor the motor manufacturers saw this problem coming last year.

“The current specifications for all fuel sold at the pump have been developed over many years and continue to evolve based on a combination of test programmes and field experience.

“Specifications have been further tightened since the problem was first reported, but it’s clear that we still don’t fully understand all aspects of the underlying cause.

“Motorists will share the hope that progress is rapid so that the associated risk of inconvenience and expense is removed.

“The fact these issues are far more prevalent in the east than the west suggests that supplies to these areas have characteristics that are not common to the whole country.

“We urge the fuel industry to continue its efforts to identify the source of the problem and find a permanent solution to it.”