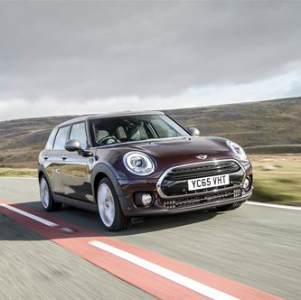 Another new chapter has opened in the regeneration of the MINI model family, with the launch of the new MINI Clubman.

Following the success of the re-energised MINI 3-door Hatch and the successful launch of the MINI 5-door Hatch, the new model offers customers a premium vehicle featuring the highest level of ride refinement ever seen in a MINI.

The car’s much-loved signature design feature – its split rear doors – are retained, while accessibility and everyday usability are further enhanced thanks to four full-sized side doors. The resulting car is a powerful fusion of sleek lines, innovative touches and first-rate materials with generous space for five occupants, excellent luggage capacity and classic MINI driving characteristics.

With a more mature and sophisticated design, the new MINI Clubman’s dimensions are larger than those of the previous generation MINI Clubman. It’s also 270 mm longer and 73 mm wider than the MINI 5-door Hatch, with a wheelbase which is 100 mm larger. The boot has a volume of 360 litres, which can be extended to 1,250 litres by folding the rear seats flat.

The new MINI Clubman includes MINI’s highly acclaimed Navigation System as standard on all models, exemplifying the high levels of standard equipment across the range. Furthermore, every MINI Clubman also benefits from the MINI Excitement Package as standard, which features a projection of the brand logo on to the ground beneath the driver’s side door mirror when the car is opened and closed, as well as extended interior lighting. 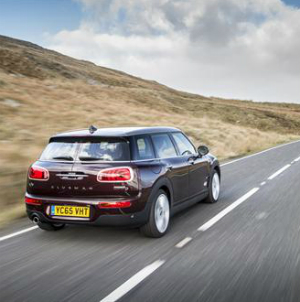