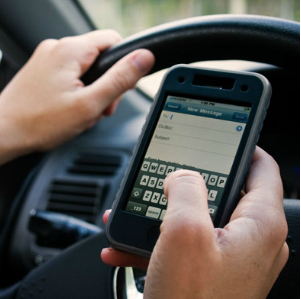 Motorists are now more worried about the dangers of distraction posed by technology and social media than drink-driving, according to the Institute of Advanced Motorist’s (IAM) first major survey into safety culture. The Safety Culture Index report was launched today by the IAM, and is a study of more than 2,000 UK motorists’ attitudes to driving safety and behaviour on our roads.

This report will form a definitive baseline to track changes over time, providing the opportunity to examine how attitudes change over the years.

Those surveyed said text messaging and social media are the two biggest factors threatening their personal safety, with 93% and 92% respectively claiming these to be a ‘very or somewhat serious’ threat.

The next two factors they say are threats to their personal safety are drink and drug driving, at 90% and 89% respectively.

Motorists are also much more worried about speeding in residential streets than they are about speeding on motorways – 86% believing this to be a very or somewhat serious threat; 24% higher than motorways.

The IAM believes the report highlights the key areas of road safety and police enforcement priority that will command the highest levels of public support.

IAM President and 1992 Formula 1 World Champion Nigel Mansell CBE said: “The good news is that the vast majority of drivers do value safety and they want to feel even safer on the road in the future.

“They take speeding and drink-driving very seriously and are happy to support even stronger legislation even if it may stop them doing things they admit to doing themselves. We do feel we can offer real world solutions to those drivers who through over, or under, confidence feel stressed on our busy roads.”

Sarah Sillars, IAM chief executive officer, said: “This report is a crucial barometer of what drivers are really thinking. It is all about seeing what issues and factors the public see as important in their lives, and using that information to influence their behaviour.

“Understanding the issues drivers see as important when it comes to road safety is essential for establishing how best to communicate with them and so in turn to achieve behaviour change, on both a local and national level.

“It is up to all of us now, armed with this information, to do something about it.”