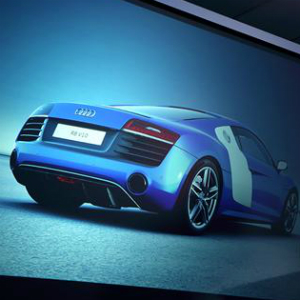 ZeroLight, the creator of the world’s most advanced digital 3D car configurator, has been ranked as one of the top two technology companies of the year by the prestigious Tech Business of The Year 2015 awards, run by Startups.

Following strict criteria, a judging panel of business experts recognised ZeroLight’s potential to revolutionise the automotive retail experience, the efficiency of its product commercialisation and the impact it is already having upon the automotive industry. In 2015, ZeroLight has been announced as a visualisation partner to Audi AG, and the creator of the bespoke digital car configurator for Italian supercar manufacturer, Pagani. The company has also signed deals with three other major automotive manufacturers to be announced in 2016.

“All of the team here at ZeroLight are delighted to receive this very significant accolade. Being recognised as one of the best technology startups in the UK is a fantastic reward at the end of an exciting, ground-breaking year of partnership announcements and awards recognition,” says ZeroLight CEO, Darren Jobling. “ZeroLight’s technology has now been adopted by a number of forward thinking automotive OEMs setting the standard for next generation car retailing. We are expecting 2016 to be another ground breaking year as we power forward with more deals and the launch of our revolutionary new [3D] Web technology.”

The Tech Business of The Year Award is administered by Startups, the UK’s leading service for starting a business, and identifies companies with the potential to become leaders in their sector, challenge the status quo and make a significant contribution to the UK’s ability to become a global technology leader. ZeroLight’s real-time 3D car configuration technology has also been shortlisted for the SMMT’s 2015 Automotive Award for Innovation, which recognises the best UK-developed technologies with the potential to transform the automotive industry.

ZeroLight is also leading the industry by being the first to market with a [3D] Web cloud solution, revolutionising the online aspect of its omnichannel capability. Customers can utilise the configurator via the cloud with all the options availasble in a dealership without the need for minimum system requirements or downloading external plug-ins. This means the same interactive experience can be delivered directly to customers at home or on the move regardless of device. Having every configuration available on demand anywhere in the world is an extremely powerful tool that ensures OEM’s can maximise any potential opportunity.