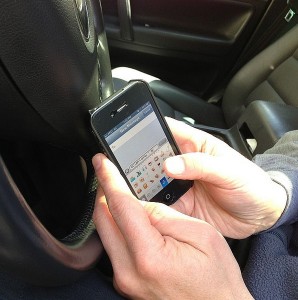 Drivers should put their phones away while in the car, GEM Motoring Assist have insisted.

The calls, which echo those of road safety charity Brake, mark the tenth anniversary of the hand-held phone ban.

Department for Transport statistics show that reaction times of mobile phone users are up to 50% slower, with drivers four times more likely to crash.

David Williams MBE, CEO of GEM Motoring Assist, said: “With so many accidents caused by careless drivers using their phone at the wheel, it’s time for this legislation to be taken seriously.”

This year, the penalty for being caught a mobile at the wheel increased to a £100 fine, paired with three points.

If the case goes to court, the fine could increase to a maximum of £2,500 for drivers.

In addition, if mobile phone use was found to be an aggravating factor in a road crash, drivers could a careless or dangerous driving charge.