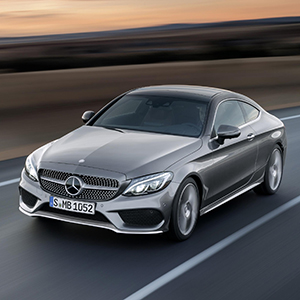 European new-car sales continued to increase in September, completing 25 consecutive months of growth. The result is in line with the 2015 monthly average while YTD figures reveal a healthy 9.0% increase over 2014 at 10.77 million units.

Looking at the markets, the UK ranked first as a result of the usual September sales peak. UK registrations totalled over 462,000 units, up by 8.6% over September 2014. However, its September growth rate was only fourth amongst the Big EU 5 markets, but ahead of Germany, Europe’s largest market. Spain and Italy kept a good momentum with sales increase of 23.3% and 17.3%, respectively. In total the Big EU 5 markets volumes increased to 9.5% during September counting for 79% of total European sales. Germany’s slower progress, only 4.8% up for the month, offset part of the increases seen in the other major markets.

Looking at September volume increases versus last year, other markets that rank among the best performers were the Netherlands, Sweden, Poland, Czech Republic and Denmark. Those showing smaller increases were Belgium and Austria, where registration increases underperformed versus total market. “It is encouraging to see that the growth in European vehicle sales continues. All major markets and brands achieved strong results in September and this has continued the growth seen in recent months. The trend is well established” said Brian Walters, Vice President of Data at JATO Dynamics.

In terms of car brands, Volkswagen topped the list by a large margin, but posted a smaller increase than the total market. This is due, in large part, to the slower than market growth of the Golf and Polo registrations, Volkswagen’s high-volume model ranges. Ford and Opel/Vauxhall performed marginally better, but neither they nor Renault and Peugeot (at fourth and fifth position, respectively) gained market share. Nissan (thanks to the outstanding Qashqai performance), Fiat, BMW, Mercedes and Audi posted double-digit increases. Fiat achieved a good result despite the 500-model’s fall in demand. Other important growth came from Jeep (+136.4%), Smart (+125.3%), Mazda (+28.4%) and Mini (+15.9%).

Although Volkswagen Golf remains Europe’s best-selling car, it lost market share as its registrations achieved an increase of only 2.0% over the same month last year. Second position was taken by Ford Fiesta with slight decline in September registrations and Opel/Vauxhall Corsa took third, with a jump of 10.3% in sales assisted by the launch of its new facelift generation. Nissan Qashqai sales advanced by a massive 37.4% outselling the Renault Clio and the Peugeot 208. Beyond the top ten rankings, Fiat Panda (at sixteenth position) shines, with September sales up by 40%. The B-SUVs continue to gain share with the Renault Captur and the Opel/Vauxhall Mokka increasing their sales by 27.6% and 26.5%, respectively.

“With only a few exceptions, the best-selling cars continued to grow volumes during last month. This positive trend in the European region indicates a sustained buoyant and confident market place, although it remains to be seen whether this can continue in October” concluded Walters.