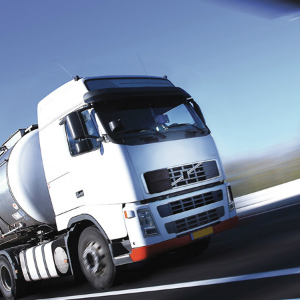 The Road Haulage Association (RHA) (@RHANews) welcomes the latest report from the Centre for Economic and Business Research (CEBR) which confirms the long-held belief that raising duty on diesel or increasing VED on trucks would cost businesses and families £9.3 billion across the current Parliament.

Commenting, RHA chief executive Richard Burnett (@RHARichardB) said: “We are pleased that the FairFuelUK-commissioned research confirms that this year’s low oil and fuel prices have resulted in an increase in business investment, lower production costs and improved household spending across the entire UK economy. But if these important improvements are to be maintained, it is crucial that the Chancellor announces a fuel duty cut in his Autumn Statement.”

In addition, the haulage industry also needs Treasury action to tackle the chronic driver shortage which is threatening supply chains and economic growth.

“If the UK haulage industry is to continue delivering daily life to every household, we need to get an extra 45,000 to 50,000 drivers behind the wheel,” said Richard Burnett. ”To achieve this the industry needs £150 million of government funding to be paid directly to UK hauliers to support an emergency programme of training. Moreover, we can clearly demonstrate that the Chancellor will be able to nearly double his investment.

“This emergency funding would be self-financing for HM Treasury,” he continued. “The new driving jobs would not only generate additional income tax and national insurance; the need for additional trucks could generate up to £275 million in fuel duty revenue. In addition, the extra investment in UK skills would reduce the industry’s reliance on drivers from abroad, which the RHA estimates leads to approximately £180 million per annum being sent back to drivers’ home countries. This is money that would otherwise be spent in the UK, supporting employment and generating VAT.”

Richard Burnett continued: “By reducing fuel duty the Chancellor will help maintain economic growth. By supplying £150 million of funding for driver training he has the power to kick-start a swift and effective reversal in the decline of the UK skills base in this essential service industry.

“Government support for the industry on which the entire economy relies not only makes sense for growth – it can be self-funding and will boost Treasury coffers.

“What better opportunity can the Chancellor possibly have to make such a good return on an investment?”