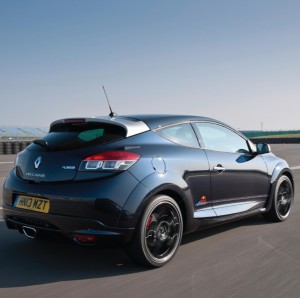 The hot hatchback is designed to celebrate Renault and Red Bull Racing’s third Formula One Constructors’ world title, and is packed with cutting-edge technology.

With a Twilight Blue finish and rear-end graphics inspired by the Red Bull colours, a monochrome laurel on the rear windows celebrates this year’s win.

It is also shod as standard with the same Cup chassis and Bridgestone tyres that helped Megane Renaultsport 265 Trophy to establish a new Nurburgring lap record.