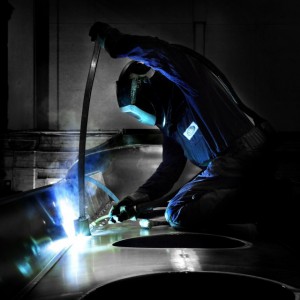 TANKER: Barnsley at heart of industry

Tanker manufacturer RTN have opened a second Barnsley factory – placing the South Yorkshire town at the heart of the UK tanker industry.

The company have expanded their Hoyland headquarters and built a new specialist manufacturing facility at nearby Birdwell.

RTN, who manufacturer a range of tankers for the bulk liquid haulage industry, count Shell, DHL, Tesco and Morrisons among their customers.

RTN are recording year-on-year growth and are set to turnover £11.2million in 2013.

The company have increased their workforce from 88 to 126 in two years and plan to recruit a further 15-20 staff this summer.

Don McKelvie, Operations Director of RTN, said the growth meant they now had a share of around 80-90% of the UK petroleum semi-trailers market.

“The growth of RTN has been exceptional in the past two years and we owe a debt of gratitude to Enterprising Barnsley and BBIC who have been pillars of support, particularly with regards to lean manufacturing and expansion,” he said.

“Foreign competition has dramatically reduced due to our expanding production which is very positive news for UK manufacturing.

“We’re now supplying most of the fuel distribution companies and we supply all four major supermarkets.”

The company have factories in Birmingham, Sheffield and Northern Ireland but their operational hub is Barnsley.

Kevin Steel, Business Development Manager at Barnsley Business and Innovation Centre (BBIC), said: “RTN is successfully expanding and is at the forefront of UK tanker manufacture.

“The company not only manufactures tankers to the highest quality, it’s also creating skilled jobs and training the next generation through its apprenticeship scheme.

“We are delighted to provide business support to RTN.”