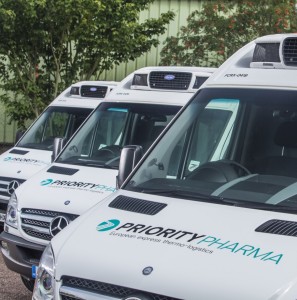 Since the units entered operation, the Exeter-based business have benefited from the Pulsor unit’s pull-down speed, reaching the set point twice as fast as conventional refrigeration technology.

Steve Brown, Managing Director of Priority Transport, said: “We already specify Carrier Transicold fridge systems on our trucks, so we had no hesitation in adopting Carrier’s latest Pulsor technology at the lighter end of our fleet.

“So far, the new Pulsor units have really impressed us; mechanically, they haven’t missed a beat, and the pull-down speed saves us significant time.

“Ensuring temperature integrity is critical, so we’re prepared to invest in the very best refrigeration equipment.

“With the Pulsor units, even our smallest delivery vehicles have the ability to simultaneously cool and heat multiple compartments varying between -30 and 30 degrees Celsius.”