How EVs are benefiting fleets nationwide 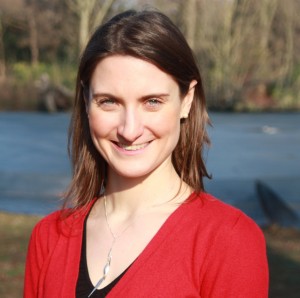 EXPERT: Caroline Watson, of the EST

In our latest Expert Blog, Caroline Watson, Knowledge Manager at the Energy Saving Trust, explains how and why more and more fleets are enjoying the benefits of electric vehicles…

More organisations than ever are now looking at electric vehicles as an investment for their business fleets.

This is largely due to the environmental benefits from adopting cleaner vehicles and the compelling economic case resulting from lower fuel costs and other incentives.

One of the main benefits is the potential to reduce fleet fuel costs by up to 75%, which could help to protect businesses from the impact of rising fuel costs.

In 2012, through the Plugged-in Fleets Initiative (PIFI) – a free analysis of business fleets – the Energy Saving Trust worked with 25 organisations, such as Boots UK, Wm Morrisons plc, and City of York Council, showing how switching to plug-in vehicles, such as electric and plug-in hybrid cars and vans, could work for them and the benefits this could bring.

Our findings from the free analysis through PIFI showed a strong business case for the adoption of electric vehicles, with the majority benefitting from placing plug-in vehicles somewhere within their fleets.

These benefits were relevant to a variety of businesses – private or public sector, SMEs or larger organisations.

One such company that managed to reduce their costs considerably was Fruit 4 London, an SME that operate small to medium sized delivery vans around London delivering fruit to offices.

They found that by switching to electric they could save £9,000 per vehicle over three years.

Fruit 4 London currently operate three electric Renault Kangoo ZEs, but intend for all their future vehicles to be electric.

Boots UK were one of the larger organisations that got involved in PIFI, with around 1,100 owned and leased small vans in the UK.

Boots were looking at ways of reducing carbon emissions by using electric vans for its pharmacy delivery service, with our analysis showing that the organisation could save on its fuel and vehicle costs by introducing electric vehicles to its fleet.

From the public sector, the City of York Council were keen to learn more about the potential benefits of plug-in vehicles as part of their Low Emission Strategy within York.

The council has now implemented many of PIFI’s final recommendations, including purchasing a Nissan Leaf, which was shown to have slightly lower running costs than existing vehicles.

This trial has proved so successful that they are now in the process of procuring another five electric pool cars.

The council intends to draw on its experiences to promote its fleet as an exemplar of electric vehicle implementation to other organisations, encouraging the transition towards cleaner fuels in York.

Ultimately plug-in vehicles will not be suitable for everyone or every business – that’s why we offer a tailor-made approach as each organisation has different needs for their fleet.

However, the life costs can be hugely positive so the switch to plug-in vehicles could be one worth making.

A full charge for an electric vehicle will cost around £2 to £3 and will give a typical range of 100miles, whereas driving 100miles in a petrol or diesel car will cost £12 to £18 in fuel.

At the same time, there are a range of incentives in place to encourage the take-up of electric vehicles, such as government grants, zero road tax and incentives for businesses, including lower rates of company car tax and capital allowances.

The success stories of the PIFI show that with the right level of information adopting electric vehicles onto fleets can be a good business decision for a range of organisations.

61% of the organisations that the EST worked with last year on PIFI have stated they have or intend to acquire plug-in vehicles.

The benefits are there for organisations if they’re prepared to upgrade their fleets.

All of the mainstream manufacturers are bringing plug-in vehicle models to market.

It is clear that this technology is being taken seriously by manufacturers, so now could be the time for businesses to start looking at electric vehicles and see how they can benefit.