Online hub to help learner drivers ahead of law change 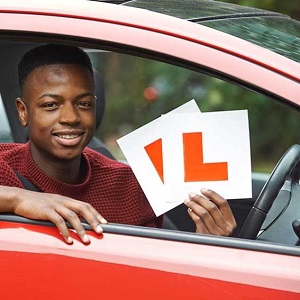 Learning to drive and want to boost your confidence and driving skills on a motorway? Then why not prove it by testing your skills on a free online driving hub.

The driving hub is being launched to help people improve learner drivers’ safety awareness in the run up to the law change on June 4.

The law change will mean that for the first time learner drivers that are ready to take their test will be allowed to have motorway driving lessons with an approved driving instructor using a dual controlled car displaying L plates. Any motorways lessons will be voluntary and it will be up to the instructor to decide when the learner is ready to drive on a motorway.

Highways England, the body responsible for the country’s motorways and main A roads, has supported the creation of drivinghub.co.uk which features a series of free instructional learning modules to help drivers and instructors prepare for the law change.

It will be followed by a free smart phone app being launched later this summer.

The free driving hub tutorials are accessible by logging onto drivinghub.co.uk and include a range of courses covering everything from safety checks, to driving on high speed roads, reading the road, being a considerate driver and managing incidents and breakdowns, as well as a dedicated section for learner drivers.

In the past learner drivers’ first experience of driving at higher speeds had been limited to using dual carriageways and only when they had passed their driving test could they get their first taste of driving on a motorway.

For some newly passed and inexperienced drivers this could prove to be a daunting and often frightening experience.

“We want all drivers on our motorways to be as safe as possible. We’re looking forward to helping the motorway drivers of tomorrow to develop new skills and get invaluable practical knowledge and experience of using motorways thanks to this law change.

“To help instructors and learners prepare we have worked with our partners to set up these really valuable free resources and I’d urge people to log on and take a look. It will help everyone, not just learner drivers, be safer on our roads.”

“Learners and novice drivers, the next generation of motorway user, will greatly benefit from the hub and the app, but there’s also lots of useful advice, guidance and resources on there for parents, and even driving instructors, too.”

The free app, called Pace Notes, being launched later, is for all learner drivers and approved driving instructors and can be used alongside their driving lessons and practise sessions. By logging onto drivinghub.co.uk, people can register to download the app as soon as it is launched.

Highways England believes the law change will help develop a smarter generation of motorway road users, allowing approved driving instructors to teach test-ready learners about the specific set of skills associated with using the motorways safely in a practical situation.

The law change will allow learner drivers to:

The Department for Transport consulted on these changes in December 2016, they received wide support from learner drivers, the driver training industry and road safety organisations and the general public. These changes apply to England, Wales and Scotland only. The law applies to drivers of cars only (licence category B).

Learner drivers will need to be: