Next Generation of Motorists Want to Drive Electric Cars 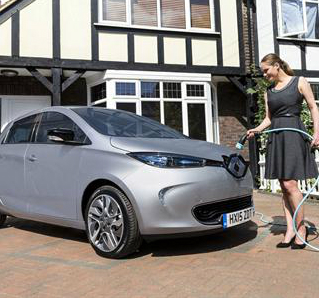 Electric vehicles will be the vehicle of choice for motorists by 2026 as a new generation of budding car owners plan to plug-in to greener driving, research among teenagers and learner drivers has revealed. As prospective motorists focus on a low emission future, new drivers will benefit from increased EV availability on the used market.

Also, renowned futurologist Dr Ian Pearson has forecasted that electric cars will become the ‘new normal’ by 2026, based on the research1 by the joint industry and government-funded Go Ultra Low campaign.

The findings revealed that that more than eight in 10 (81%) 14 year olds plan to make their first car purchase – in just over a decade2 – an electric one.

Go Ultra Low quizzed 800 teenagers aged 14-17 and the demand for greener-fuelled cars grew greater the younger that the interviewees became.

The young people polled also revealed that their generation associates electric cars with  fewer CO2emissions (56%), cleaner air (48%), and ‘the types of cars that everyone will be driving one day’ (34%) – proving the positive impact that greener motoring is having among these budding drivers.

But it’s not just motorists of the future who want to drive an electric car, 17 year olds who are learning right now also specified that they want to get behind the wheel of an ultra low emission vehicle when they pass their test. Furthermore, 88% of the young people surveyed felt that more motorists, regardless of their age, should be driving a plug-in car in 2015.

There were even more factors about electric cars that young people felt would benefit current drivers – with them costing as little as 2p per mile to drive coming top (53%) in their list and contemporary technology (29%) plus the ability to travel distances of up to 700 miles (32%) ranking highly. More than a quarter of young people also felt that a car that ‘feels good to drive in’ was a key consideration – a core strength of plug-in cars. Is is key to note, however, that electric vehicles tend cost more to insure because repairs require more specialist attention; though as they become more common it’s possible that this many change. Many feel that the insurance expense is off-set by the fact that Electric cars are exempt from road tax and the London congestion Charge AND by the government grant available on new electric car purchases. (up to £5000 for a car and £8000 for a van)

The research has led to predictions of a steep rise in electric car purchases over the next few years by world-renowned futurologist Dr Ian Pearson. Dr Pearson has been a full time futurologist since 1991, with a proven track record of more than 85% accuracy at the 10 year horizon.

Dr Pearson commented: “Young people are very aware of environmental issues and it is great that they also notice that electric cars will be cheaper to run, so it is a clear win-win. Battery technology continues to improve, and the amount of resources needed to make an electric car will continue to fall. These technology developments will all add up, greatly reducing the environmental impact of cars while making them safer and cheaper. If current trends towards electric cars continue this means that, by 2026, demand for electric cars will almost certainly outweigh demand for ‘traditionally fuelled’ cars.”

The collaborative campaign is the first of its kind, bringing together a consortium of leading car manufacturers: Audi, BMW, Mitsubishi, Nissan, Renault, Toyota, and Volkswagen, the Society of Motor Manufacturers and Traders and the government.

To find out more about government grants for electric vehicles or Go Ultra Low see below:
https://www.gov.uk/plug-in-car-van-grants/overview