New Year’s Driving Resolutions; More Than Half Will Drive Less Or Walk More 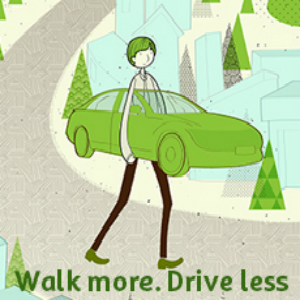 More than half of drivers, who made a New Year’s driving resolution, have opted to drive less, walk more or drive more economically, probably due to the higher cost of fuel, according to the AA.

The most common New Year’s Driving resolution made by drivers was actually to walk more, according to an AA Populus poll of 17,979 drivers.

— The least popular resolutions with less than 2% of all respondents selecting them were ‘I will try to be more courteous to cyclists’ and ‘I will try to park legally more often’.

— More than half (52%) of all respondents said that they would not make a New Year’s resolution about driving. This option was least common amongst young people, with only 35% of respondents aged 18-24 choosing this option, compared to 53% of those aged 45 and over.

Edmund King OBE, AA president, said: “ The fact that over 50% of drivers have opted to drive less or more economically or walk more, is perhaps a reflection of the fact that UK drivers started the new year paying 15p a litre or £8.25 a tank more for their fuel than at the start of last year.

“Whatever the reason, it is encouraging that a significant proportion of drivers are looking to be more economical and safer behind the wheel.

“The fifth of drivers opting to walk or cycle more are perhaps thinking about their waistbands as well as their wallets  and purses. Whatever the reasons if these drivers stick to their resolutions we should have safer and less congested roads which would be a bonus for all.”