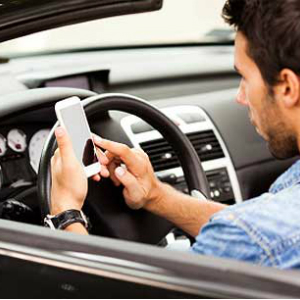 Throughout 2017, the Freight Transport Association’s Van Excellence scheme will explore monthly topics and share advice and legislative information that can be used for tweets, blog posts or short columns. This month, as penalties for using mobile phones while driving doubled, we are looking at the law surrounding mobile phones…

–  Keep it out of reach! Using a mobile phone while driving now carries 6 penalty points and £200 fine

–  Text, Facebook, email, streaming – using a mobile phone for any reason while driving is against the law

–  If it’s in your hand, it’s illegal! Using a mobile phone while driving could cost you your licence

–  Using a mobile phone while driving carries 6 penalty points & could threaten your job – don’t risk it!

Using a mobile phone while driving

On 1 March 2017, the Government doubled the penalties for using a hand-held mobile phone while driving to six penalty points and a £200 fine.  Vocational drivers may have their entitlements suspended by the Traffic Commissioner and newly-qualified drivers will automatically lose their licence under the points system.

Drivers who use mobile phones are now also liable to prosecution for the more serious offences of careless or dangerous driving if it can be proved that an offence was caused by failure to have proper control of the vehicle due to distraction. Penalties for careless and dangerous driving are substantially higher than for the specific mobile phone offence.

Using a mobile phone while driving has been an offence since 1 December 2003 and this applies to any type of phone use – calls, texts, emails, photos, internet access and streaming. Holding the phone in any way – for example, cradled between chin and shoulder or held between the knees – is also an offence. The Department for Transport’s Think! campaign which was launched to coincide with the increased penalties suggested mobile phones should be stored in the glove box while driving to prevent distraction.

Using a mobile phone with a hands-free kit can also be an offence if the driver is distracted or does not have proper control of the vehicle at the time. The penalty is the same – six points and a £200 fine – so employers should carefully consider whether their staff should be expected to take calls on the move. Employers, managers, colleagues and callers may be legally implicated when a driver uses a mobile phone as causing, permitting aiding or abetting the infringement are also an offence.