Mitsubishi To Power Up Shelsley Walsh 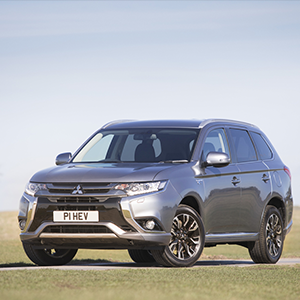 Mitsubishi Motors UK is the latest manufacturer to sign up to the electric car challenge that is taking place on the 3rd and 4th June at the Shelsley Walsh Hill Climb, not only entering a car in the timed runs but also supporting the event by supplying an Outlander PHEV plug-in hybrid each for the Clerk and the Doctor.

The Midland Automobile Club invited all the car manufacturers to enter a variety of low-emission classes, including electric, hybrid, plug-in hybrid and fuel cell vehicles, as the venue looks to create some new history at the 112 year old venue.

The Mitsubishi Outlander PHEV will attempt to set a competitive time in the plug-in hybrid class. Although the green credentials of the UK’s leading selling plug-in hybrid are well known – it is capable of delivering 166mpg on the official combined fuel economy cycle and has an electric range of up to 33 miles and a combined electric and petrol range of up to 542 miles – it should also prove competitive on the famous Shelsley Walsh hill climb with a combined engine output of 203hp and responsive handling thanks to its under floor battery pack which proves a low centre of gravity and improved weight distribution. Professional driver Simon Clark will be setting times on behalf of Mitsubishi Motors UK as it embraces the competitive spirit of the event.

Mark Constanduros, Commercial Manager for Shelsley Walsh commented “We are so pleased to have Mitsubishi on board with an entry but also supporting the event with official vehicles. I have seen the support they have given other events in the past and I am delighted they have got behind British Racing Green.”

“As we are saying to everyone, this aspect of the event is new for us and one we would like to build on over the next few years, giving the manufacturers a home to promote their products in a live environment in front of potential customers.”

“We hope that other manufacturers will see what they are missing out on, as we have received great feedback on this idea and hope that next year more of them will participate and help to create some new history at this historical venue.”

British Racing Green takes place on the 3rd and 4th June to celebrate all things British, Racing and Green or evokes the spirit of British Racing Green, with electric power being the greenest and fastest developing form of power.

For more information visit www.shelsleywalsh.com or to see the cars in action as part of the Midland Hill Climb Championship weekend visit the website for discounted advanced tickets.