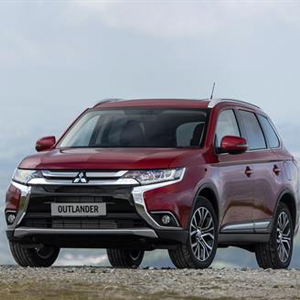 The Mitsubishi Outlander has been voted the most reliable Large SUV, and the manufacturer voted the runner-up most reliable brand in What Car? magazine’s 2017 Reliability Survey.

The Mitsubishi Outlander, in both petrol PHEV and diesel guises, and Mitsubishi scored highly in the annual survey after the leading automotive title polled over 14,200 owners on the reliability of their new cars. A total of 169 cars and 32 brands were included in the survey.

The results were determined after the magazine asked owners if they had experienced any faults in the past 12 months. Faults were classified into 14 groups: battery, bodywork, brakes, engine, engine electrics, exhaust, exterior lights, fuel system, gearbox/clutch, interior trim, non-engine electrics, steering, suspension and other. For each fault, owners were asked how long it took for the repair and how much it cost to rectify.

Eclipsing all other large SUVs, including those from premium brands, the Mitsubishi Outlander topped its category with under 10 per cent of examples suffering a fault. Of the few Mitsubishi Outlanders that were affected, all were fixed under warranty and almost 75 per cent repaired in under a day.

The result adds to the success of the Mitsubishi Outlander. Since its introduction in 2013, the diesel version has become renowned for being a great all-rounder with an impressive blend of space, comfort, dependability and driving dynamics, while the award-winning petrol PHEV is the UK’s best-selling plug-in hybrid vehicle – an accolade it has held for three years – with over 30,000 examples now on the UK’s roads.

Commenting on the strong reliability of the Mitsubishi Outlander and the brand, Claire Evans, Consumer Editor, What Car? magazine, said: “Less than 10 per cent of Outlanders suffered a fault, and 75 per cent were fixed in less than a day. That’s an impressive performance when you consider that most of the Outlanders owners told us about were plug-in hybrid models, demonstrating the durability of this complex vehicle.

“Mitsubishi also scored well across the rest of its range, with customers telling us they’re extremely happy with their cars. At What Car? we look forward to highlighting these results to our readers and monitoring ongoing progress of the brand in our annual survey.”

Lance Bradley, Managing Director, Mitsubishi Motors in the UK, said: “The Mitsubishi brand is built on quality and reliability and we are delighted that this survey officially confirms the dependability of our brand and, in particular, the Mitsubishi Outlander. The large SUV sector has never been so competitive and it’s very pleasing to see how the Outlander outshines its rivals in both diesel and petrol PHEV guises, especially as the pioneering technology within our vehicles is more advanced than it’s ever been.”

The Mitsubishi Outlander diesel is available in four trim levels – 2, 3, Keiko and 4 – and is priced from £25,255 OTR. The game-changing petrol PHEV offers a choice of six versions – 3h, Juro, 4h, 4hs, 5h and 5hs – and costs from £32,305 OTR. Both powertrain options also offer dedicated commercial versions.