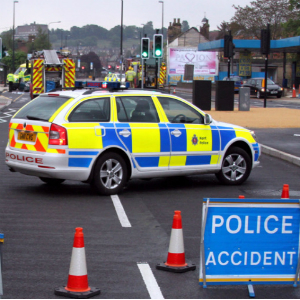 “Travelling on our road system could be made as safe as on rail and air within a generation.” This is the message of this year’s analysis of crashes on the British network of motorways and A roads outside urban cores, carried out by charity The Road Safety Foundation, and sponsored by Ageas UK.

The same systematic approach to measuring and managing risks needs to be applied to roads as that taken by industries ranging from medicine to mining as well as aviation and rail.  Road deaths are now 10 times greater than all deaths in all workplaces added together. Not a single rail passenger or worker has been killed over the last nine consecutive years, while commercial airline travel is even safer than rail. On highways, there is greater discipline protecting road workers from risks than the general public using them, the report says.

Some key facts in the report:

Among Britain’s top 10 most improved roads

This year’s most improved road is the A227 between Tonbridge and the A25 near Borough Green. Kent County Council is responsible for this road, and has introduced a routine maintenance regime. In addition to a signing and lining package, there are yellow backed signs in hazardous locations, good use of double white lines, speed limit roundels and road safety education packages.

Two roads have moved from the highest level of risk (black):

A list of Britain’s top 10 most improved roads is in the report and accompanies this release as a pdf.

England’s most persistent high risk road is the A285 between Chichester and Petworth in West Sussex. It is a rural, winding road located within the South Downs National Park. It is popular with motorcyclists who account for 39% of crashes causing death or serious injury. Half of the crashes causing death or serious injury occur from running off the road.

In previous reports the roads listed were concentrated in the North West and the East Midlands regions. However, roads in the South East of England now account for 5 of the 10 roads featured.

A list of the top 10 persistently higher risk roads in Britain is in the report and accompanies this release as a pdf.

The report shows analysis and maps for Highways England, the corporation responsible for England’s strategic roads.  The company’s stated goal is to bring the number of people killed or injured on the network as close as possible to zero by 2040.  This goal is matched by immediate, measurable reductions in risk levels it must achieve by 2020 to satisfy its regulator.

Highways England plans to address the high risk roads on its strategic road network – some that have been on the list for years – with focus on its busy single carriageways.

Road Safety Foundation Chairman, Lord Whitty says: “A lifetime of care for a single trauma victim can cost more than £20m. This report identifies the authorities with high costs from road crashes, and shows how risks can be reduced and lives saved with economic returns that are higher, quicker and more certain than from most projects competing for funds.

“We can now identify roads where risk is 20-times higher on some roads than others; and regions where the risk of death and serious injury on the main roads might be twice that of another.”

“Highways England plans to address the long ignored high risk roads on its strategic road network, not least its busy single carriageways.  Plans now need to be prepared and turned into action. The section of A21 identified in this report in particular is the highest risk road on the English strategic road network.

“All the persistent high risk roads identified in this report have rates of death and serious injury that are unacceptable. Some have been on the list for years. For the government’s new safety strategy to succeed, it must help remove the cultural and institutional obstacles that permit this chronic loss of life to continue,” says Lord Whitty.

The report has been funded by Britain’s third largest motor insurer, Ageas UK, since 2012.