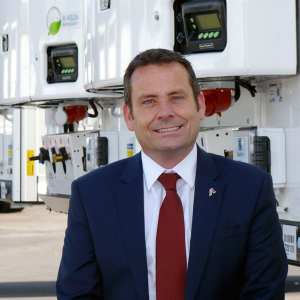 Asset Alliance, part of the Asset Alliance Group and a specialist in commercial vehicle contract hire, finance, rental and leasing, has further strengthened its team with the appointment of Paul Wright to the new post of Senior Business Development Manager.

He brings a wealth of industry expertise to Asset Alliance, at a key time in the company’s ambitious growth phase.

Commenting on his new position, Wright says: “The leadership team identified an opportunity to distinguish ourselves in a market which has seen increasing consolidation, and that’s where my new role comes in.

“We aim to provide customers with tailor-made rental packages, backed up with the financial flexibility that is a hallmark of our status as an independent leasing provider and finance house.”

The company has made an initial investment of £20 million in rental assets for the Flexi-Hire division, securing a mixed fleet of more than 250 DAF and Mercedes-Benz tractor units and rigid trucks, together with 100 new sliding bogie skeletal trailers, double-deck temperature-controlled trailers and EN 12642-XL fully-rated clear span curtainsiders, from Dennison and Montracon.

Wright will be based at Asset Alliance’s headquarters in Wolverhampton, which is also home to Group companies ATE Truck and Trailer Sales – a major retailer of new and used commercial vehicles – and Total Reefer, a specialist in temperature-controlled vehicle contract hire, rental and leasing.

Prior to his tenure at Ryder, Wright launched his career in the industry at TIP Trailer Rental, before moving to Transamerica Trailer Leasing in May 1995 as Divisional Sales Director. Seven years later, in 2002, he joined Hill Hire as Business Development Director, before the company was acquired by Ryder in 2011.

Asset Alliance Group prides itself on being an independent finance house, which means it takes all financial and asset risks in-house and can be more flexible in its offering.

In April 2016 the group secured a £75m revolving Asset Based Lending deal led by Royal Bank of Scotland and supported by HSBC. The agreement strengthened the Group’s unique approach to purchasing, refinancing and procuring vehicles for its clients, by using its own funds and buying power to supply multi-brand assets on any combination of contract hire, operating lease, finance lease, hire purchase – and now medium- to long-term rental packages.

Asset Alliance Group is using the funds to drive significant growth in its business, and for future acquisitions.