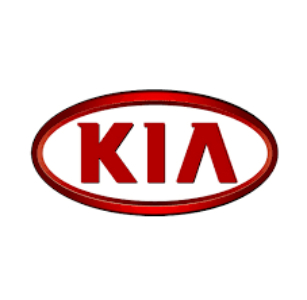 Kia Motors Europe has posted record Q3 sales across Europe, with 95,102 units sold from July to September this year. According to the latest data from ACEA (European Automobile Manufacturers’ Association), Kia’s third quarter sales figures represent year-on-year growth of 9.7% (up from 86,718 for the same period in 2014).

Michael Cole, Chief Operating Officer, Kia Motors Europe, commented: “It’s very satisfying to see our European sales continue to grow in line with our plan for sustainable growth. Kia’s promise to offer uncompromising quality, great design and the highest levels of customer care are clearly striking a chord with buyers across the continent, and we remain on course for record full-year sales.”

The United Kingdom remains the largest of Kia’s markets in Europe, with 21,960 units sold in Q3, representing over 23% sales contribution to Europe’s figures. The UK is followed by Germany (14,488 units) and Spain (9,771 units).

The Kia Sportage – the brand’s European best-seller – continues to achieve strong sales growth, enjoying one of its best ever quarters in the model’s history. In its fourth full-year of production, 25,308 Sportage models were sold across Europe from July to September, a 5.2% increase, bringing total year-to-date sales to 81,310.

Kia’s second best-selling product, the cee’d model family, also experienced sales growth through the third quarter, having recently been upgraded with a revised, more modern interior and exterior look, and a range of efficient new powertrain options. In September, following the introduction of the new model, year-on-year cee’d sales grew by 3.3% during the month, to 7,227 units. 58,761 cee’d models have been registered across Europe so far this year.

Manufactured exclusively for Kia Motors Europe at the company’s state-of-the-art production facility in Žilina, Slovakia, the cee’d achieved a major milestone earlier in 2015, with the 1,000,000th cee’d manufactured since its introduction nine years ago.

The hard-fought B-segment has played a major role in Kia’s sales growth over the last quarter, with rising sales of the recently-upgraded Rio hatchback and Venga compact MPV. Sales of the Rio rose by 10.8% compared to the same period last year (16,452 units in Q3, 49,511 year-to-date). The Kia Venga also saw year-on-year sales growth, with 6,884 units sold in Q3 representing a 9.0% growth compared to Q3 2014

Every model in Kia’s European line-up is sold with the brand’s unique 7-Year, 100,000 mile warranty.