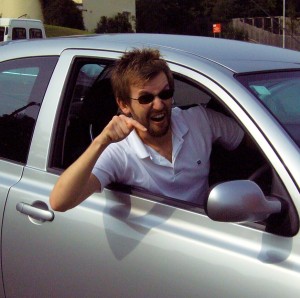 PAIN: Are you a worse driver in winter?

Impatient, aggressive and inconsiderate driving increases during winter, a study by Halfords Autocentres has revealed.

In the survey, 23% of motorists insisted unfriendly, bad-tempered behaviour – such as lane-hogging and not indicating – is a major issue in the cold season.

One in five also felt there is a rise in aggressive and impatient driving, including tailgating, speeding and using car horns or lights to intimidate.

Rory Carlin, of Halfords Autocentres, said: “We know that winter road conditions are a cause for concern amongst motorists but they also feel that ill-mannered and aggressive behaviour by other drivers is making things worse.

“As 2014 starts a good resolution would be for all drivers to be more considerate.”

Image courtesy of Andrew Mitchell, with thanks.