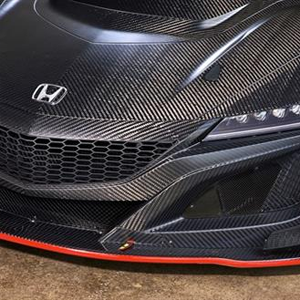 Honda, in conjunction with JAS Motorsport, Honda Performance Development (HPD) and Mugen will offer the NSX GT3 for sale around the world for the 2018 season.

.Already a multiple-race winner in its inaugural season of IMSA WeatherTech SportsCar Championship competition in North America, the Honda NSX GT3 is eligible to race in more than two dozen FIA-sanctioned race events around the world, including:

Orders for the NSX GT3 are now being taken by JAS Motorsport, responsible for sales and customer support in Europe, Asia (including China) and South America; by HPD in North America and by Mugen in Japan.

The NSX GT3 has been designed by Honda R&D in Japan in collaboration with JAS Motorsport in Milan, Italy. The car’s development has been undertaken as a collaborative project over the past three years that has also included HPD since the end of 2015 with over 85,000km of race and test mileage completed. An initial batch of 12 cars will be produced in time for the start of the 2018 race season.

The production-based 3.5-litre, twin-turbocharged V6 racing engines are built alongside their production vehicle counterparts at the Anna Engine Plant in Ohio, USA. The racing engine uses the same design specifications as the production NSX, including the block, heads, valve train, crankshaft, pistons and dry-sump lubrication system. A six-speed, sequential-shift racing gearbox delivers power to the NSX GT3’s rear wheels, while a state-of-the-art chassis and aerodynamic package finishes off the NSX’s impressive performance credentials.

The exposed carbon fibre, race-ready NSX GT3 is offered for sale at a starting price of €465,000 as delivered by JAS Motorsport. Additional options and complete customer support, including parts and sales, training and engineering services are available.

“Honda are extremely proud to launch the NSX GT3 Customer Racing Programme,” said Robert Watherston, Head of Motorsport at Honda Motor Europe. “We have already seen the quality of the car proven by its victories in the USA and its ability to convincingly lead the Daytona 24 Hours on its series debut. With the customer support of Honda, JAS Motorsport, HPD and Mugen, we look forward to seeing the NSX fighting for victory in the most prestigious GT3 races in the world in 2018 and beyond.”

“The NSX GT3 has been created to compete at the highest level,” said Alessandro Mariani, CEO JAS Motorsport. “It blends cutting-edge GT3 race technology with a beautiful and efficient design and the very latest in FIA safety specification. We have already seen the car become a winner in the USA and we are now ready to offer it for sale around the world for racers to enjoy.”

The NSX GT3 adds to the incredible legacy of the first-generation NSX in motorsport, including victory in the Le Mans 24 Hours’ GT2 category in 1995 and three crowns in Super GT (including former All Japan GT championship) between 2000 and 2009.