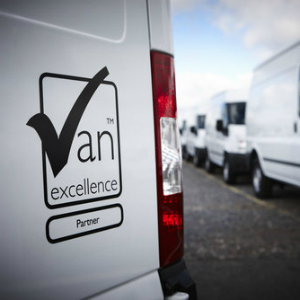 With over four million vans on UK roads and e-commerce growing faster than ever, FTA has launched its Van Excellence Report 2016-17 sponsored by LeasePlan UK to analyse the sector and illustrate the positive contribution it makes to the economy.

The report highlights the rapid growth in the van market but also recognises the lack of professional transport skills of many of those running van operations.  FTA is keen to improve safety and compliance and help operators shake off the ‘white van man’ image through its Van Excellence programme, which was launched in 2010 to professionalise the industry and promote best practice.

The industry-led scheme now has more than 115 Accredited Operators running 125,000 vehicles including household names such as BT Fleet, DHL, Kwikfit and Sainsbury’s. This year Van Excellence launched its Small Fleet Scheme to enable operators with 15 or fewer vehicles to join. It also once again held the Van Excellence Driver of the Year contest to recognise the very best drivers from amongst its members.

Mark Cartwright, FTA’s Head of Vans, said: “We want to ensure that van operators take safety and compliance as seriously as those running HGV fleets. This requires a cultural change in order to shake off the traditional van driver image and transform the sector into a professional industry.

“All too often a company’s van fleet isn’t seen as part of its health and safety commitment – yet driving is one of the most dangerous activities that most people undertake at work. FTA’s Van Excellence programme can help operators to fully understand their obligations to their employees, customers and other road users, sharing good practice and helping them to acquire the necessary knowledge and skills.”

A full copy of the report can be seen at http://www.vanexcellence.co.uk/media/van-excellence-report.html