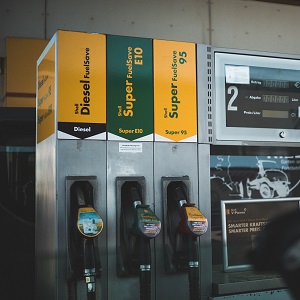 The Government’s seven-year freeze on fuel duty has caused an extra 4.5 million tonnes of harmful carbon dioxide emissions by encouraging people to abandon public transport in favour of their cars, according to new research published today.

As a direct result of the fuel duty freeze, prices at the pump are 13% lower than they would otherwise have been, resulting in a 4% increase in traffic since 2011 and a similar decrease in public transport use, equal to up to 60 million fewer rail journeys and 200 million fewer bus journeys.

This has triggered a major increase in carbon emissions as well as an additional 12,000 tonnes of dangerous NOx emissions and 816 tonnes of PM10 particles, says the report commissioned by Greener Journeys, the sustainable transport group.

The report, The Unintended Consequences of Freezing Fuel Duty, written by former Government transport advisor Prof David Begg, warns that unless a new way to pay for road use is introduced, traffic on our roads will increase by an additional 30% by 2035. This is on top of the 40% growth in traffic already predicted by the Department for Transport, leading to an overall increase in traffic of 70%.

The new research comes as the Government faces growing pressure to tackle to the UK’s air quality crisis, which is causing between 40,000 and 50,000 deaths a year. Its Clean Air Strategy was criticised by campaigners last week who said the proposals did not do enough to address the root cause of the pollution crisis – the number of diesel cars and vans on the roads.

Fuel duty has not increased since January 2011, when it was increased from 58.19p per litre to 58.95p per litre. It was cut by 1p per litre in the Budget two months later, and has since been frozen.  The freeze in fuel duty has cost the Treasury approximately £7 billion in lost tax revenue.

Separate research by Greener Journeys has shown that congestion has had a detrimental impact on the bus sector, causing bus speeds to fall by on average 10% every decade, and bus passenger numbers to drop by up to 14%.

Prof David Begg, Chief Executive of Transport Times and former chairman of the Government’s Commission for Integrated Transport, who authored the report, said:

“Whilst the freeze in fuel duty has been welcomed by many road users there have been unintended consequences in terms of increased pollution and congestion and a shift from public transport to car use, which policy makers should be aware of if they continue with this policy.

“The Chancellor has said he will increase fuel duty in line with inflation at the next Budget. It is vital that Government delivers on this commitment as a minimum if it is to send the right price signals to consumers.”

“The price of fuel is one of the most politically divisive issues in the country. However, we know that diesel cars and vans are the biggest contributors to harmful NOx emissions, which are creating a public health emergency in the UK.

“If ever there was a moment for Government to be honest with the public and show leadership it’s now. We urgently need a shift from car to bus and other forms of sustainable transport if we are to tackle the UK’s air pollution crisis and reduce congestion on our roads.”

Local authorities have until the end of the year to publish their final plans for tackling pollution in their areas and it is widely expected that many will penalise buses while sparing private cars and vans from any penalties even though they are the biggest polluters.