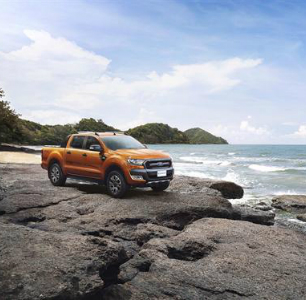 Ford is teaming up with leading European action sports and entertainment event ARENACROSS, to showcase the new Ford Ranger at venues across the UK.

ARENACROSS which features adrenaline-fuelled Motocross displays, kicks off this weekend on Saturday 17th October outside Wembley Stadium with an ‘Action Tour’. The Ford Ranger will be touring the country alongside ARENACROSS throughout October promoting the series ahead of the main tour in January next year. Motocross and Ranger fans can also head to George Square in Glasgow on 24th October, Piccadilly Gardens in Manchester on 25th October and Centenary Square in Birmingham on 31st October.

Ford will be supplying ARENACROSS with three Rangers which will play a vital role in the transport of equipment used to stage each event when it commences next year.

The 2016 ARENACROSS tour starts on 2nd January at the Manchester Arena and then heads to Belfast, Birmingham, Newcastle, Glasgow and Sheffield before finishing at Wembley Arena in London on 27thFebruary.

Lisa Brankin, Ford of Britain marketing director, said: “The Ford Ranger is hugely versatile with great all-wheel-drive capability, bold design and cutting-edge technology. Its class-leading towing ability and expansive load space make it the perfect choice for Motocross enthusiasts. With the new Ranger arriving in dealerships at the start of 2016, we are delighted to be able to demonstrate its capabilities at ARENACROSS.”

The new 2016 Ranger is the most fuel-efficient ever, and delivers reductions in fuel consumption of up to 17 per cent. EPAS is now fitted as standard, and Auto-Start-Stop technology is now available across the range on all manual transmission vehicles, together with revised final drive ratio options.

For the first time Ford will be offering the 3.2-litre TDCi 200PS six-speed auto powertrain on the Limited series, which accounts for more than 40 per cent  of sales. The Limited with 3.2-litre auto transmission starts at £25,721. 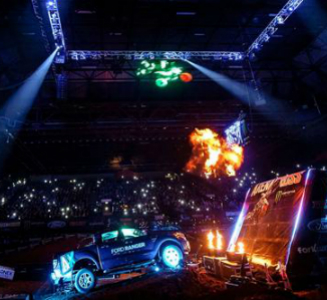