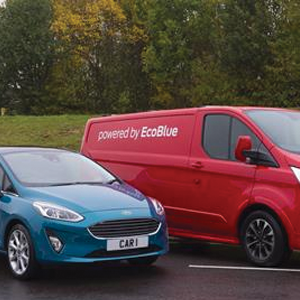 According to the official October sales figures from the Society of Motor Manufacturers and Traders (SMMT):

Ford is the UK market leader in total vehicle, car and CV sales

Andy Barratt, Ford of Britain chairman and managing director, said: “Ford continues to carry strong sales momentum as we more to the end of the year. Our CV sales continue to grow and it’s particularly rewarding to see the all-new Fiesta strengthening its leadership position as we continue the launch of the full model range.

“Fiesta is being well received and we’ll see the model range joined by Vignale and ST-Line this year. Fiesta Active and ST are still to come to complete the line-up of our most technologically advanced Fiesta ever.”

The official figures released by the SMMT today show that total car sales in October were down 12.2 per cent to 158,192 units, compared with October 2016. Ford car sales performed better than the market with 19,270 sales as Fiesta was once again the UK best-seller. For the year to date (end October) total UK car sales were 2,224,603, down 4.5 per cent compared with the same period in 2016. Ford car sales for this period were 253,760 some 74,628 registrations ahead of its nearest rival.

The Ford Fiesta notched up 7,256 sales in October and with total registrations of 83,070 for the year to date, the Fiesta is the UK best seller by a significant margin – 20,505 sales and 1.1 percentage points of market share ahead of its nearest competitor.

Ford commercial vehicle market share continues to increase, standing at 31.2 per cent for October, up from 27.8 per cent in October 2016. For the year to date, Ford CV share increased from 30.6 per cent to 32.1per cent, compared with the same period in 2016.