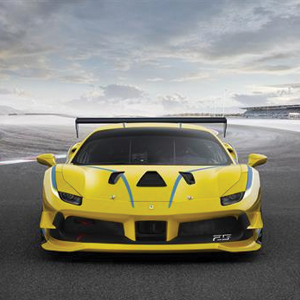 With 2017 marking Ferrari’s 70th anniversary, the year has been full of celebrations, and that will certainly continue at the NEC from 11th-14th January 2018. The latest Ferrari 488 Challenge is to be displayed on the main Ferrari feature stand throughout the show.

The main Ferrari feature at Autosport International will showcase the range of cars available through Corse Clienti, Ferrari’s exclusive client racing programme, from Challenge car to GT car, through the XX development cars to Formula One. The 488 Challenge represents one element within the Corse Clienti programme –The Ferrari Challenge, a series which regularly renews itself to become ever more interesting.

Corse Clienti can, uniquely in the automotive world, take an owner via its Corsa Pilota programme from a 488 GTB through the Ferrari Challenge series to Le Mans, or the XX development cars through to even owning and driving a Scuderia Ferrari F1 car.

Further information about the other cars on the Ferrari main feature will be announced in due course.

Autosport Media UK editorial director Anthony Rowlinson, said: “It’s a real privilege that the 488 Challenge will be displayed at Autosport International. With such a strong heritage of iconic competition and track cars, the feature was always going to be a real head-turner and the announcement of the first car on display gets us off to a flying start. I’m looking forward to sharing the other stunning machines set to be on the Ferrari centrepiece over the coming weeks.”