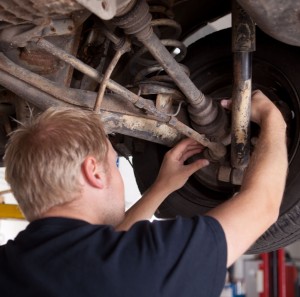 One in six ten-year-old car owners still use main dealers for service, research has shown – despite having to pay a significant labour rates premium.

A study by Warranty Direct found the 16% figure more than doubles for drivers of three-year old vehicles, to 37%.

Analysis of more than 70,000 policies showed that, overall, 22% of motorists with 3-10-year-old cars trust the more expensive main dealer workshop over independent garages.

Duncan McClure Fisher, Managing Director at Warranty Direct, said: “Once cars leave the protective umbrella of the manufacturer warranty and are on their second or third owners, they are typically lost to the manufacturer network and that has a negative effect on extended warranty penetration, customer retention and workshop absorption rates.

“But our research shows that drivers do value and trust the work of the franchised network over the independent sector – if manufacturers simply re-engage the pull dynamic they have through new car warranties, there are gains to be made for main dealers.

“While independents can offer savings when it comes to the garage bill, not having main-dealer service stamps on a logbook can negatively impact a car’s resale value, especially with premium brand models.”

By brand, Lexus, Porsche and Mercedes-Benz owners are most likely to take their vehicles to franchised premises with 58%, 54% and 49% respectively choosing main dealer workshops.

By contrast, just 10% of Fiat owners and 11% of Vauxhall owners have the same inclination.

Average labour rates for garages have increased by 33% in the last decade to around £75 an hour for franchised and non-franchised combined.

Porsche, Jaguar, BMW, Lexus and Mercedes-Benz franchised workshops have some of the highest labour rates of any car brands – around £100 an hour on average.

Warranty Direct found the average price difference between franchised and non-franchised premises was around 23% more for a main-dealer workshop’s hourly rate.