The Death Of Fossil Fuel Cars? 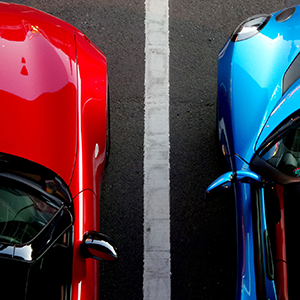 Taking time out of their summer holiday, the next generation of young engineers and programmers from across the United Kingdom will take part in an engineering challenge, where they will be tasked with using hydrogen fuel cells, Raspberry Pi and Arduino mini computers to re-engineer everyday objects to do something new.

The hack aims to raise awareness among young people of the benefits of hydrogen fuel cell technology – set to become a key, underpinning, low-carbon energy technology across many industry sectors and to inspire them into further study and careers in engineering.

During this week-long event, approximately 100 young inventors aged between eight and eighteen will apply their creativity and engineering skills to hack gadgets, appliances and toys to make them move faster, longer or to take first steps as an animate object. Hacks will take place at centres across the country including Aberdeen, Bolton, Newcastle, Monmouth and London.

Further inspiration will be provided by the world’s first production hydrogen fuel cell powered saloon car, the Toyota Mirai, which will be visiting the teams of young engineers at each location.

“The Hydrogen Hack is an exciting development of our long-running Schools Hydrogen Challenge programme. There is a real shortage of new engineers here in the UK, which weakens our capabilities to innovate and build world-class engineering firms. The UK also has the lowest percentage of female engineers in Europe, recently reported by UNESCO as being just 9%. Our programme is helping to address this missed opportunity – girls thoroughly enjoy our schools programme and very often win our challenges.

The Hydrogen Hack is a creative, innovative and fun way for young people to learn more about renewable energy, hydrogen and fuel cells. Arcola Energy plans to make the Hydrogen Hack an annual event, establishing it as a core part of the UK’s STEM education calendar.”

Throughout the planning process, ITM Power has been a key partner in making the event happen. Dr Graham Cooley, CEO of ITM Power and Chairman of the Industry Advisory Board supporting the Hack said,

“It’s critical that young people learn about the production of Hydrogen from renewable power, energy storage and fuel cell vehicles. We’re proud to sponsor this first ever Hydrogen Hack and to have been involved from the gestation of the idea. I am sure many young people will be inspired to go on to play a role building our low carbon future.”

The Hydrogen Hack will take place throughout the week commencing Monday 21st August in centres across the UK, with the teams attending a national final hack event at Ravensbourne College in London on Saturday 26 August, where the winner will receive the inaugural Arcola Cup.