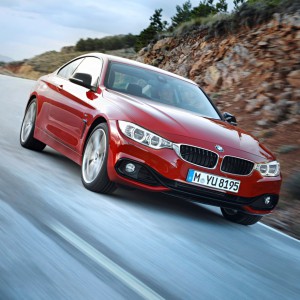 BMW have unveiled their new 4 Series coupe, which will replace the 3 Series coupe when arriving in the UK in October.

Set to debut at the Frankfurt Motor Show in September, the price of the two-door model will start at £31,575 for the BMW 420d SE.

The 4 Series coupe will be available with a choice of rear-wheel-drive or xDrive, all-wheel-drive, with three engines available upon launch.

Most fleet-friendly of these is the entry-level diesel 420d, which offers a combined fuel economy of 60.1mpg, CO2 emissions of 124g/km and 0-62mph in 7.5seconds.

BMW say the vehicle will deliver driving enjoyment alongside efficiency, due to its standard EfficientDynamics technologies such as Start/Stop.

The 4 Series coupe has a longer wheelbase, wider track widths and lower roofline than the outgoing 3 Series counterpart.

The 4 Series coupe is available from October 5.