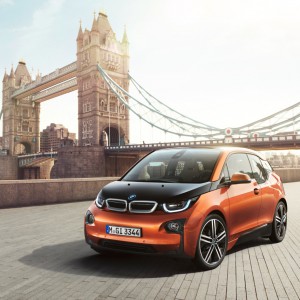 BMW are heralding the ‘dawn of a new era’ after launching the all-new, all-electric i3.

Both i3 models are available with four different interior worlds: Standard, Loft, Lodge and Suite.

Both BMW i3 models include a three-year, unlimited mileage warranty and an eight-year, 100,000mile battery warranty.

The vehicle is eligible for a host of government-backed grants and tax breaks due to its zero emissions powertrain.

In addition to the ‘Plug-in’ grant that reduces the cost by £5,000, the BMW i3 also enjoys a zero road fund licence charge and London Congestion Charge exemption.

The i3’s gadgets include keeping drivers in touch with traffic conditions, parking areas and nearest chargepoints.